The Claridge's Christmas Tree, described by the hotel as a "seasonal landmark", is imagined by a different designer each year.

Since the tradition began in 2009, designers including Burberry's Christopher Bailey, Dolce & Gabbana and John Galliano have each created festive trees for the hotel lobby.

Ive – Apple's chief design officer – and Newson will work together to create this year's tree, set to be unveiled on 18 November.

The two are longstanding friends as well as collaborators at Apple. Newson joined Ive at the company in 2014, and has worked on projects including the sometimes-maligned Apple Watch.

The designers also previously collaborated on a camera for Leica.

"Christmas has always been a truly special time of year at Claridge's and we are delighted to welcome our friends Jony and Marc to spread their legendary creative magic this year," said the hotel's general manager Paul Jackson.

"We truly believe their innovative spirit and ground-breaking approach will make this year's annual tradition one to remember for our guests."

After Jobs became too ill to continue and Tim Cook took over leadership of the company, Cook gave Ive responsibility for the human interface department in 2012 and promoted him to the chief design officer role in 2015. 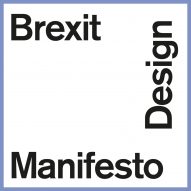 Newson has famously tried his hand at designing almost everything, including a range of colourful kitchen appliances, a limited-edition silver tea service with handles made from mammoth tusks, and a set of pens for Montblanc.