Industrial designer Marc Newson has created a set of pens for German brand Montblanc, which feature a magnetic closure system and nibs plated with rare metals.

Newson – now part of Apple's design team – incorporated magnets that snap the cap and barrel together so the clip aligns with a "plateau" at the other end of the implement.

The gold nib is plated in rhodium and ruthenium – both rare metals similar to platinum – and engraved with Newson's initials for the pen's launch year.

"Like Montblanc, I seek to strike a balance in the design between the simplicity of the functional qualities of this product and the creation of a sensory experience in its use," said Newson in a statement.

The range includes a fountain pen, a rollerball, a ballpoint, a "screenwriter" for use on touch screens, and a fineliner for technical drawing – the first in Montblanc's 109-year history. 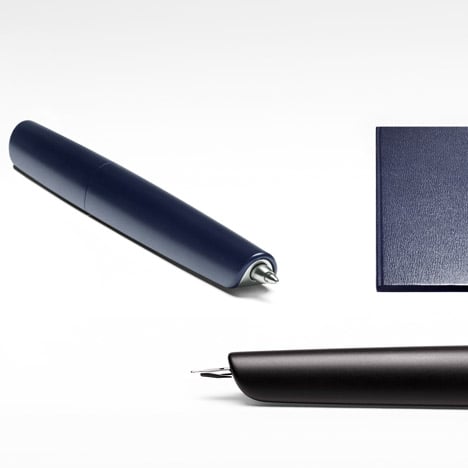 The brand's star-shaped logo is displayed in white on the top of the cap, as well as on a bevelled portion at the other end of the pen.

"For the first ever design partnership in the Maison's long history, Montblanc has chosen to work with Marc Newson, without a doubt the most influential designer of his generation," said Montblanc CEO Jérôme Lambert.

Newson's last foray into stationery design resulted in a fountain pen with a retractable nib for French fashion house Hermès. 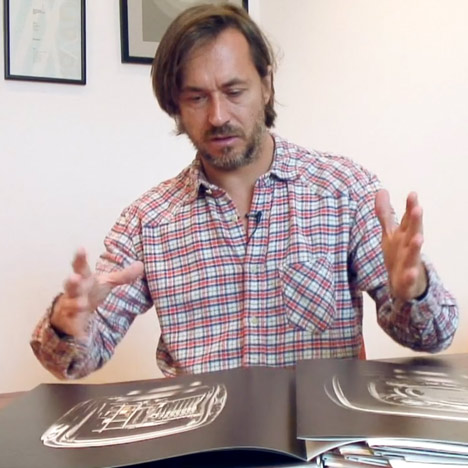 In a 2012 interview with Dezeen, the Australian designer revealed that has tried his hand at designing nearly everything. His recent projects have included a samurai sword, a shotgun and a draft beer machine, while his iconic Lockheed Lounge set a new record at auction earlier this year.

The Montblanc M pen will be sold exclusively at London department store Harrods from 13 August 2015, then at other Montblanc boutiques from September.

Earlier this year, the brand entered the wearable technology market by adding a device to its straps instead of turning its analogue timepieces into smartwatches.