Bent bamboo poles and translucent fabric make up this curving events pavilion by The Chinese University of Hong Kong, which explores how traditional materials can be combined with digital fabrication.

The ZCB Bamboo Pavilion was created to host a series of events, exhibitions and performances that promote low-carbon living and construction.

The pavilion accompanies a zero-carbon building occupied by the Construction Industry Council in Kowloon Bay, to the north of Hong Kong island.

The structure won Small Project of The Year 2016 at the World Architecture Festival in Berlin earlier this month.

It was built in 2015 as part of a research project led by professor Kristof Crolla, which saw students and researchers from The Chinese University of Hong Kong explore ways that the traditional bamboo scaffolding construction could be expanded with digital design.

Digital modelling was used to create a repeating pattern of diagonally intersecting poles, forming the curving canopy shape that folds down into three columns.

The canopy reaches four storeys high and can be used to shelter up to 200 seats. The frame is made up of 475 large bamboo poles that are bent onsite, before being hand-tied together with metal wire using techniques based on the traditional Cantonese bamboo scaffolding craftsmanship.

"The research investigates how computational design tools can be strategically inserted into existing construction methods to allow for a more engaging and innovative architectural outcome," said the team.

"The ZCB Bamboo Pavilion showcases this and illustrates how the endangered craftsmanship of bamboo scaffolding construction in Hong Kong can be expanded through the introduction of digital form-finding and real-time physics simulation tools."

Circular concrete footings formed the support for the hollow columns, which also feature lights inside.

A white tensile fabric stretched over the structure, but left a large opening on the underside revealing the bamboo structure.

The team behind the project join a movement of architects aiming to put bamboo construction back in the spotlight.

Vietnamese architect and bamboo-specialist Vo Tron Nghia told Dezeen the material would be the "green steel of the 21st century", while Japanese architects like Kengo Kuma and Shigeru Ban are also experimenting with the material. 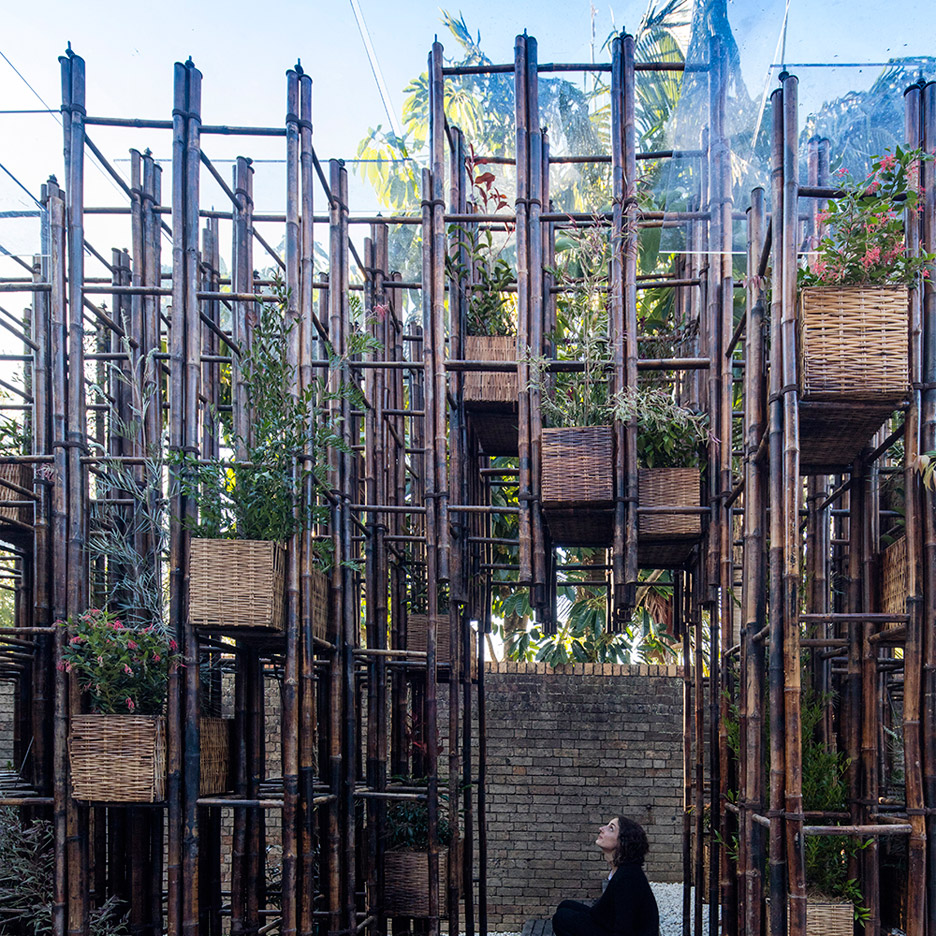 Beijing- and Vienna-based Penda has also developed proposals for bamboo hotels and even entire modular cities made from the material.