Pierre Charpin has been named Maison&Objet's Designer of the Year and will showcase his work in a self-designed hub at the fair in January.

Charpin was recognised as Designer of the Year for the fair's January edition on the basis of his vast portfolio of work across a number of the world's leading brands.

Described by Maison&Objet as "an explorer at heart", Charpin has collaborated with the likes of Alessi, Hermès, Ligne Roset and Hay.

"Pierre Charpin keeps his eye for plastic arts and stamps his unique style on every piece he designs – formal simplicity, softened by curved lines and often highlighted by distinctive chromatic choices," said Maison&Objet.

Charpin was born in 1962 in the outskirts of Paris to a family of artists. He trained at the Bourges School of Fine Arts and worked alongside various figures from the Memphis Group.

Since the early 1990s, Charpin has pursued a variety of material research projects, as well as a number of high-profile commissions. He now lives in Paris and works in Ivry-sur-Seine.

Maison&Objet names a designer of the year for both the January and September fairs.

They are typically in keeping with the specific focuses each of the two shows – a product or industrial designer for January, and a designer more recognised for their work in interiors for September.

At the fair, the chosen designer showcases their work in a space entirely designed by and dedicated to them.

The most recent winner was London designer Ilse Crawford,  who created a Designers' Studio with spaces to help visitors to the Paris fair "relax, collapse, recharge, recap, reconnect, regroup and refresh".

In his self-designed space, Charpin will present a number of products he has created throughout his career, including the PC lamp he developed over a three-year period with Sebastian Wrong.

The lamp – made up of a round polycarbonate head, and an aluminium base and arm – first launched in Milan this year but has since been adapted into various models.

Other projects by the French designer include a chair for Cinna that is split up into blocks and a colourful refit of an apartment inside Le Corbusier's Cité Radieuse. 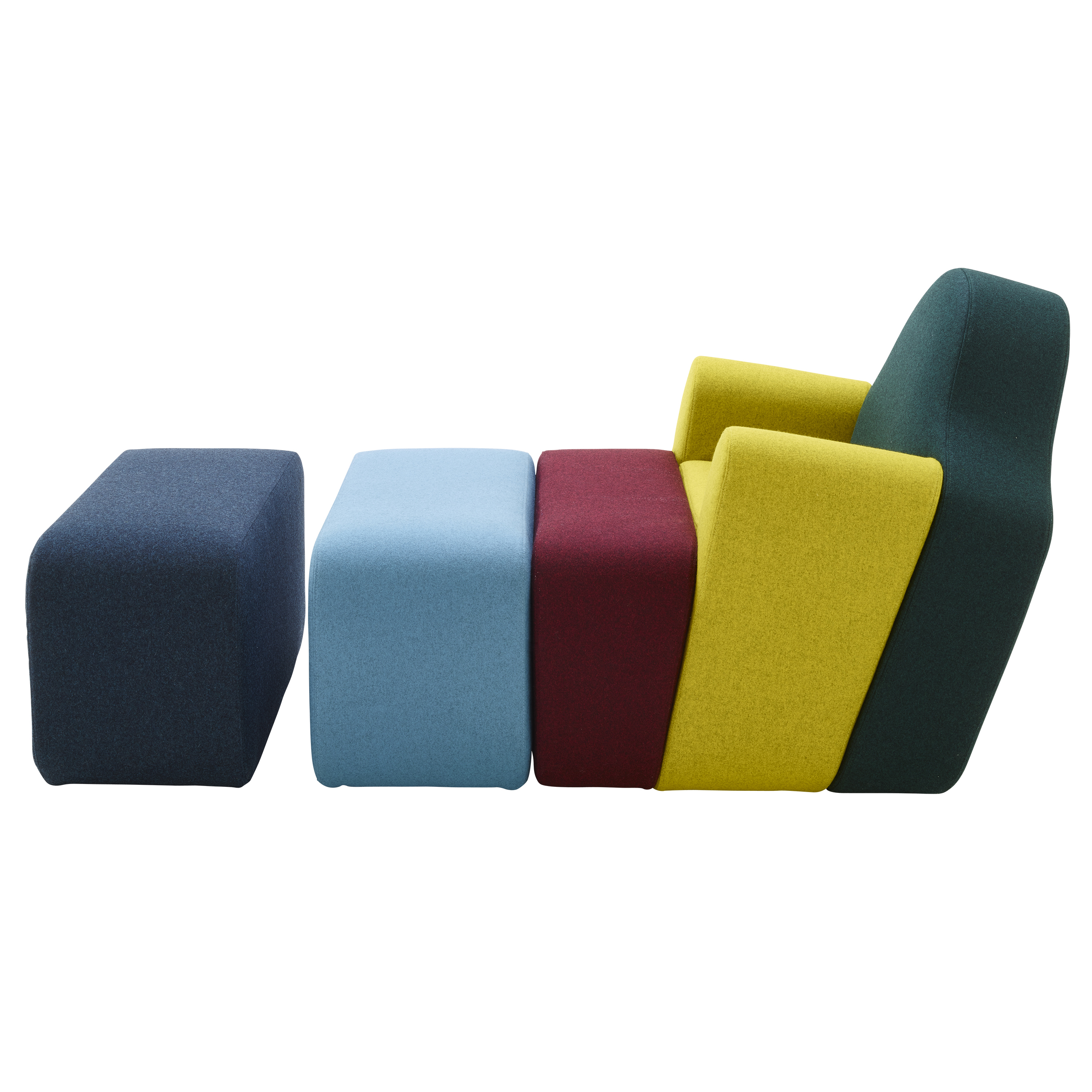 Pierre Charpin's Slice chair for Cinna is split up into blocks