This cultural centre in Senegal by Japanese architect Toshiko Mori was constructed using exclusively local materials and techniques – and has been recognised in the architecture category of the 2017 AIA Awards.

Located in the remote village of Sinthian, the building performs several programmatic roles for the local community, including as a gathering space, performance centre and residency for visiting artists.

Toshiko Mori developed the cultural hub to complement existing buildings on the site.

The centre, known as the Thread, is surrounded by existing clinics, a kindergarten and a farming school, which informed the use of materials including compressed earth and thatch.

Developed in collaboration with not-for-profit organisations the Josef and Anni Albers Foundation and American Friends of Le Korsa, the facility seeks to encourage unity between the twelve local tribes that use it.

The building's twisting roof shape provides shelter to enclosed workshop spaces and bedrooms at either end, with a central gathering space flanked on both sides by open-air courtyards.

"A parametric transformation of the traditional pitched roof is achieved through a process of inversion," said the architects, "inscribing a series of courtyards within the plan of the building and simultaneously creating shaded studio areas around the perimeter of the courtyard."

The undulating thatched roof also helps to collect rainwater, which is stored in large reservoirs and used by an association of local women to raise crops during the region's prolonged dry season.

The main structure was created using a bamboo framework and walls made from compressed earth blocks. The bricks were formed on site and help to absorb heat, while perforated sections encourage air to flow through and naturally ventilate the interior.

Broken recycled tiles used for flooring throughout the building feature changing tones that help to demarcate the different functional areas.

Climatic conditions also informed the building's layout, with the studios and covered gallery spaces oriented to avoid the harshest sun, and overhanging roof sections helping to shade the outdoor areas.

A team of 35 local workers spent a year constructing the centre, which also contains a library and children's play gym, as well as a centre for charging mobile phones.

The Thread cultural centre is among 23 winners of the American Institute of Architects' 2017 Honor Awards.

"In addition to providing the community with a sense of ownership and simplifying efforts to maintain it, employing local workers provided training for residents of a very remote area where entrepreneurship is scarce," said a statement from the AIA's judging panel.

Other projects to receive 2017 AIA Awards for architecture include an art gallery in Colorado by Shigeru Ban, a micro-unit apartment tower in Manhattan, and an energy facility at Stanford University. 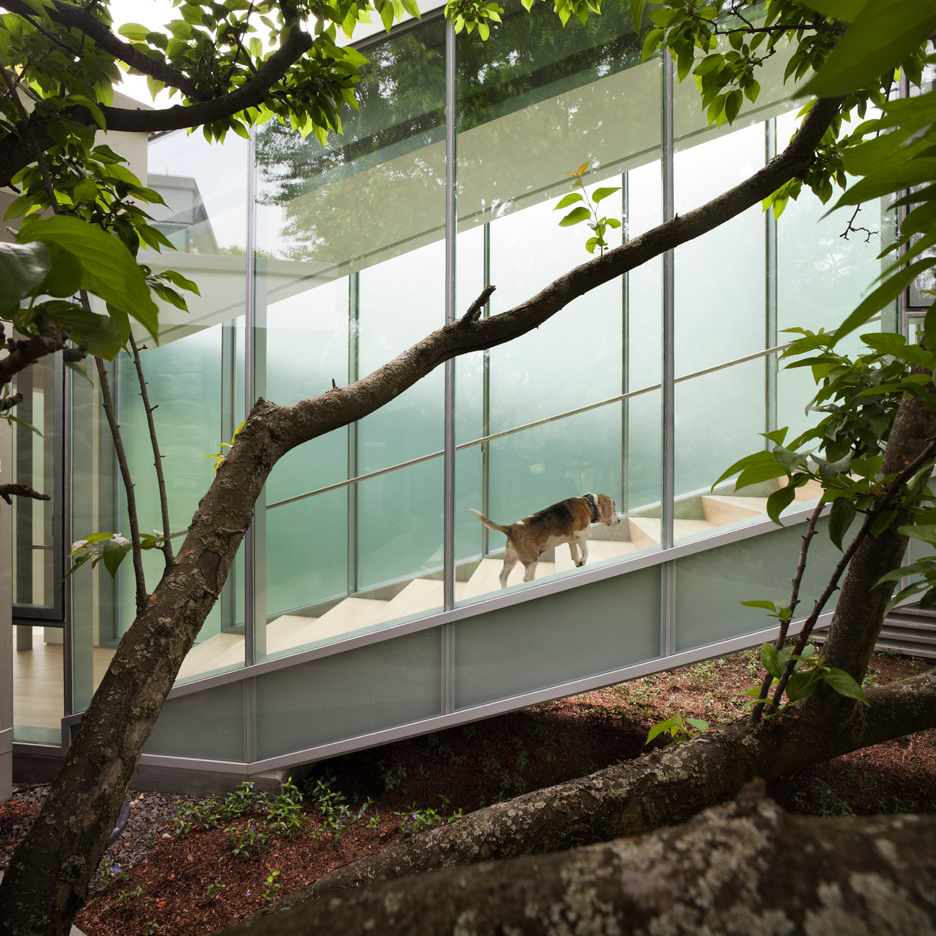 Among Toshiko Mori's previous projects is the conversion of a Manhattan factory building into an art gallery and the renovation of a Marcel Breuer-designed house.