Chinese brand Nio has announced it will bring a fully autonomous electric car to the market in the next three years, but has offered a preview of its plans with a concept vehicle on show at the SXSW event in Texas.

An evolution of the start-up NextEV, the Nio brand launched late last year with the EP9 supercar.

The company has now revealed its plans to make self-driving electric vehicles available to US consumers in 2020, and has used the Eve concept to demonstrate some of the features in development.

The car is completely designed around autonomy, with a living-room-like interior, voice-activated assistant and wrap-around augmented-reality screen.

"In 2015, commuters in the US spent over 8 billion hours in their cars commuting," said Nio's US CEO Padmasree Warrior. "Nio's autonomous electric cars will make your journey safe, productive and enjoyable."

"Our cars will be your companion and will know your needs. They will be a welcoming living space that moves you."

Eve is in line with similar autonomous vehicle concepts from Volkswagen and BMW, but unlike these brands, Nio has set itself a timeframe for bringing a version of its concept to market.

A key feature of the car at this concept stage is Nomi, the artificial intelligence that runs the vehicle. Nomi will automatically tailor the driving experience to what it has learnt about individual users.

Passengers can communicate with it through conversation, or  use controllers positioned within the car. They also have the option to use a smart windscreen, which extends from the dashboard across the roof, forming an interactive canopy.

The screen can be completely transparent, or it can be set to display information, imagery and controls as an overlay. Nio even suggests using it to stargaze, with an overlaid guide to the sky's constellations, while you drift off to sleep. 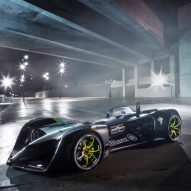 The sides of the car, meanwhile, can transform from opaque to transparent, depending on whether the occupants want to be sheltered from sight, or to enjoy any views around them.

Inside, the car is laid out to be more like a living space, with six seats that face each other rather than all looking forwards. The plushest of the chairs, positioned opposite a slim foldaway seat, reclines to allow a passenger to sleep more comfortably.

Another two have a folding table in between them so that passengers can work or play games during a trip, while the two seats at the front of the vehicle face forwards, and are best suited for passengers who wish to enjoy the view.

As a connected machine, Eve will be able to share intelligence and co-ordinate its movements with other smart vehicles, potentially creating a more efficient flow of traffic.

Like cars on the road today, it communicates with pedestrians and other human road users through its lighting. Eve's are slim, colour-coded strips attached to the four sides of the car.

Nio presented the Eve concept at the SXSW festival in Austin, Texas, which runs from 10 to 19 March 2017. The company joins a race among car manufacturers to be the first to bring fully driverless technology to the roads.

Google's Waymo is arguably winning, with its autonomous Chrysler minivan promised for release this year. 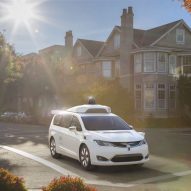 Tesla's Elon Musk has estimated the company's fully self-driving vehicles will be ready in 2018, and in the meantime, its Autopilot technology is among the most advanced currently on the roads.

Meanwhile, the US state of California has proposed a new regulatory framework for autonomous cars, which would make it legal for driverless vehicles meeting the set safety requirements to use its roads.

Nio plans to begin testing its own driverless technology in the state soon, using the Autonomous Vehicle Testing Permit it was granted in October 2016.