A series of limited-edition items 3D-printed by Othr in materials including steel and porcelain are debuting at the Collective Design fair in New York today.

Five notable figures from the design industry each selected an upcoming talent to create their first 3D-printed objects.

The abstract vessels in the Vanguard Series are produced by 3D-printing company Othr. Five editions of each piece are each for sale for $5,000 (£3,870) both at the fair and online.

"We normally design by physically manipulating and shaping something," said the studio. "Working with 3D printing requires a lot more development to happen within your mind."

Alternating matt-black and matt-steel pieces abut one another to form a linear piece, called Brutus, with multiple indents along the top.

"The repetition and precision of this technology sort of allows this multiplicity that creates all of these different moments," Egg Collective said.

Chicago-based Ania Jaworska was nominated by Pin-Up Magazine's Felix Burricher. Her gridded matt-black steel Pavilion design is intended to be paired with other objects in order to form functional vessels.

"With this project I was interested in ambiguous reading of the objects, as to offer more interpretations of their form and function," Jaworska said.

A black porcelain base and polished gold steel tops are paired in the Suple N2 design by gt2p from Chile, picked by The Met's decorative arts curator Christian Larsen.

Studio founder Guillermo Parada said the challenge was "how to fit materials that seems very difficult to combine, and finding the right tolerance – a process developed by Othr".

The ribbed piece has a cylindrical, celadon porcelain base and bulbous gloss white porcelain top. A polished gold steel ring circles the join between the two.

"What is interesting to me in this 3D technique is to be able to work with emptiness and space between elements in such a precise way," said Winckler.

Each of the pieces was worked on by designer and fabricator through digital software and Skype calls, and printed using Othr's technology.

Collective Design opens to VIPs and press today, 2 May 2017, and continues until 7 May 2017 at the Skylight Clarkson Square venue, 550 Washington Street, Manhattan. 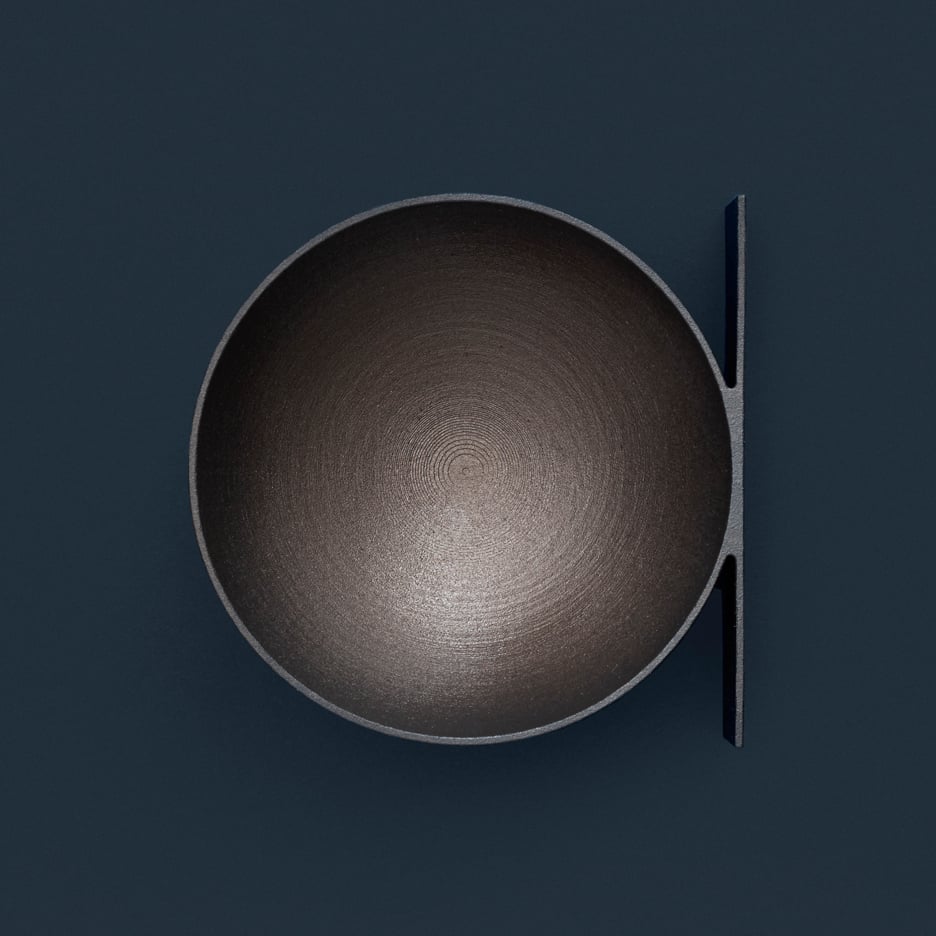