The pavilion is the first-ever welcome centre for Governors Island, and was added to help tourists better navigate the small island in the city's harbour. It lies just 800 yards (732 metres) from Manhattan's southern-most tip, and reachable by ferry from both there or downtown Brooklyn.

The Friends of Governors Island asked Office III to design the wooden structure, but with a few constraints: it had to be prefabricated, temporary and portable, and pitched to them just six weeks later.

A butterfly roof covers an 800-square-foot (74-square-metre) wooden deck to protect visitors from the sun, while remaining open to the grassy lawn.

Underneath, an information kiosk is the only fully enclosed structure. Polycarbonate windows and slatted wood serve as semi-walls, which create triangular nooks and lounging areas.

Office III collaborated with Laufs Engineering Design for structural engineering. The team chose timber louvres to resist the vertical loads of the roof, while a pentagon-shaped core supports the floor deck. 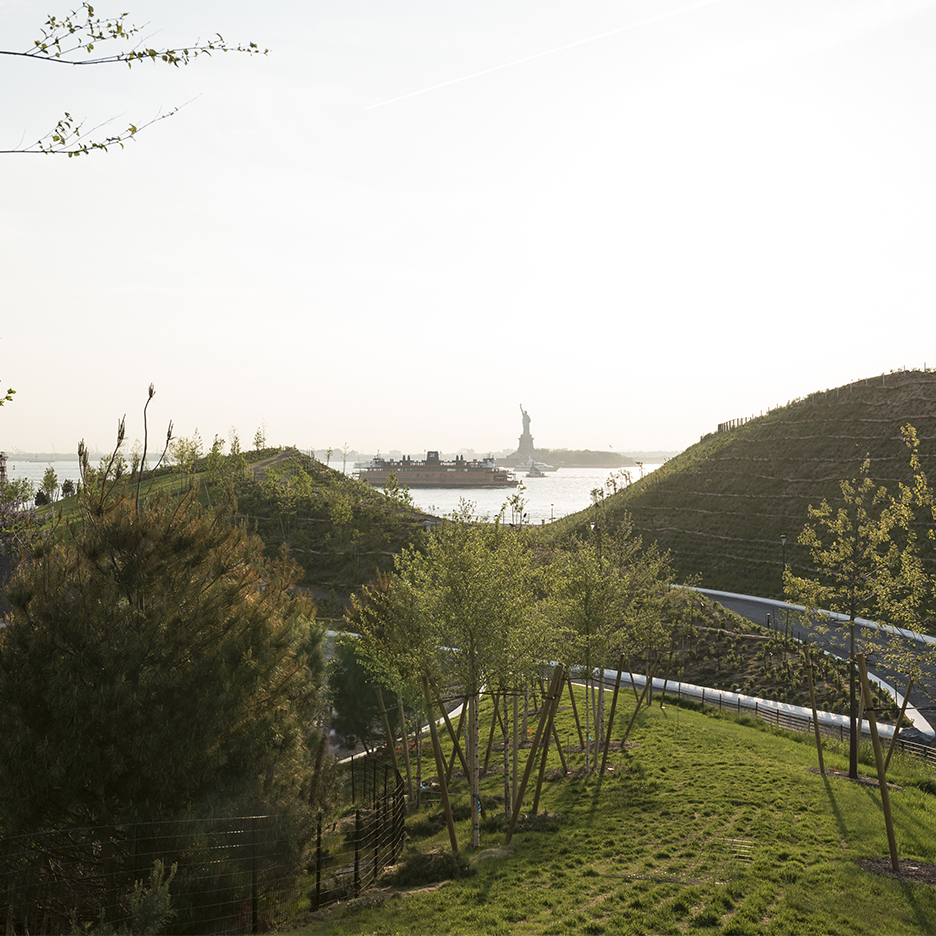 Only open in the summer months, Governors Island is a popular day-trip destination. Citygoers ferry over to see the Statue of Liberty from a recently completed hilly park by the Dutch architecture firm West 8, or for enjoying music festivals and seasonal installations, like last year's City of Dreams Pavilion by Folio.