British furniture brand Vitsœ has opened a new headquarters and production facility in the English town of Royal Leamington Spa, featuring a saw-toothed roof and modular construction that means it can be easily updated.

Vitsœ is best known as the manufacturer of furniture and storage systems by German designer Dieter Rams, including the modular 606 Universal Shelving System and the recently relaunched 620 Chair Programme, both from 1962.

In 2012 it was granted the exclusive licence to produce Rams' furniture.

The firm developed the new building as an extension of its "system-thinking" approach, which focuses on products that are flexible, modular, and can combine to form larger systems.

Vitsœ's in-house team collaborated with yacht designer, Martin Francis, as well as various engineers, academics, architects and timber fabricators to realise the structure as a kit of parts that can adapt in response to the needs of its users over the coming decades.

"As a business immersed in the value of true system-thinking since 1959, we have conceived and realised a universal building system for our new home," said the company's managing director, Mark Adams.

"Intentionally the building will be unfinished – and it is unlikely that it will ever be finished – because it is alive and learning as it responds to an ever-changing world."

Located on the former site of car manufacturer Ford's foundry, the facility is within walking distance of the Warwickshire town's centre and houses offices, a research and development department, a showroom, a museum, software development, product assembly and overnight accommodation.

The building was designed to have a strong connection with its surroundings and features large windows that frame views of the landscape, while allowing passersby a glimpse of what is happening inside.

The row of north-facing skylights allows daylight to pour into an enormous space where employees from different teams work together in an environment intended to promote inclusivity and collaboration.

According to Martin Francis, inspiration for the technically innovative building came from racing yachts and the great engineers of the Victorian era, including Crystal Palace designer Joseph Paxton.

"Inspired by industrial buildings of the past – and the production methods of the future – this is a builder's building," said Francis, "a system building with a system approach where form follows function; but where function has a broader meaning than hitherto."

The company claims the facility is the first in the UK to feature a framework made from beech laminate-veneer lumber (LVL).

This laminated structural timber uses high-performance hardwood instead of the more standard softwood to achieve greater strength in beams and columns with a smaller cross section.

The use of wood is not only more environmentally friendly than other commonly used construction materials, it also allows the building to be easily modified if required in the future.

"All the elements are self-explanatory and simple in their connection," sais James O'Callaghan, whose engineering firm Eckersley O'Callaghan was involved in the project.

"Joists, beams and columns can be disassembled and reconfigured; parts can be added or removed. The outcome is an expression of collaborating with the client to meet its brief of a structural system which is boldly legible yet elegantly arranged."

Vitsœ chose northern European beech for the project because it is the wood that has been used in the manufacture of the company's furniture since it was founded.

In addition to its sustainable credentials, the use of timber is intended to reflect the architectural heritage of the region and to help create a working environment that feels natural, tactile and connected with the surrounding landscaping and urban community wood.

The cross-laminated timber selected for the walls and roof also offers good thermal characteristics, while steel used for the glazed roof structure was chosen for its structural properties and appropriately industrial feel.

The flexible, open-plan space is designed for multipurpose use. Part of the building will be used as a rehearsal space by local dance-circus company Motionhouse, which entertained guests with a performance at the facility's opening on 14 October 2017. 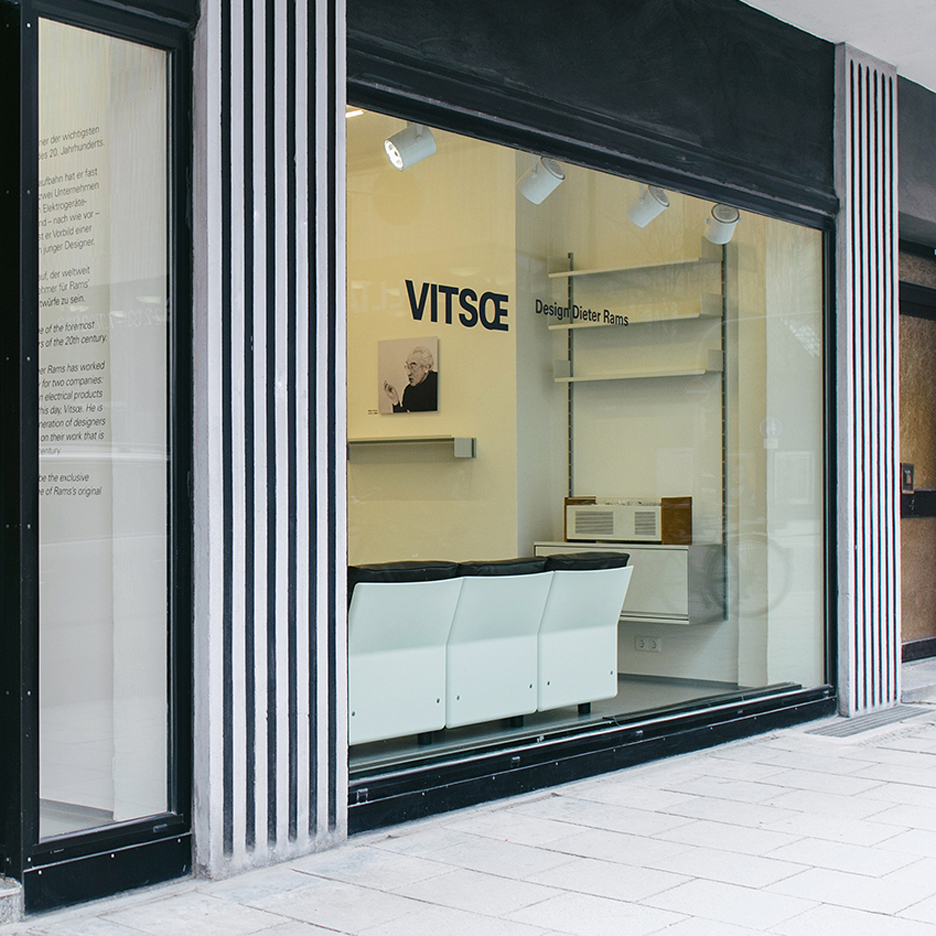