White concrete towers are reflected in a series of pools in Steven Holl's competition-winning design for the Le Musée des Collectionneurs in Angers, France.

The New York-based architecture firm is designing the museum and a hotel in the centre of the town in western France for property developers Compagine de Phalsbourg.

The museum is composed of imposing masses of white concrete in a reference to the towers of historic fortress, Chateau d’Angers, that lies just across the Maine river from the site.

The 4,742 square-metre museum will form a new "cultural triangle" between the medieval fortress and the city's largest theatre Le Quai next door.

A series of reflective pools are a reference to the river, which once ran through the spot where Le Musée des Collectionneurs is set to be built.

Inside the white concrete has been left exposed for the walls of galleries, which will host a permanent collection and temporary exhibitions. The large atrium will double as an events space, and the museum will share a rooftop restaurant with the new hotel being built as part of the development.

The hotel will be located adjacent to the museum. Its linear facade of interwoven clear and translucent glass is a reference to the Apocalypse Tapestry, a 14th century artefact on display at the Chateau d’Angers.

Steven Holl has used luminous glazed facades on several of his best known projects. At the Institute for Contemporary Art in Virginia, America, the architecture firm built a series of interlocking volumes of white zinc and translucent glazing that glows from within.

For a Maggie's Cancer Centre in London Steven Holl wrapped a layer of matt glass around a frame of bamboo and concrete, with a pattern of panels of coloured glass that reference a medieval way of noting down music.

In Angers, a public sculpture garden will occupy the public space between the museum and the hotel, with passageways running through the site.

The museum and hotel complex will have a geothermal heating and cooling system, and the pools will be filled using recycled water.

The striking visual impact of white concrete makes it a popular choice for architects designing large public projects. Steven Holl is also using it for a cultural centre set within a park in Shanghai, which will have curving holes carved into the facade. 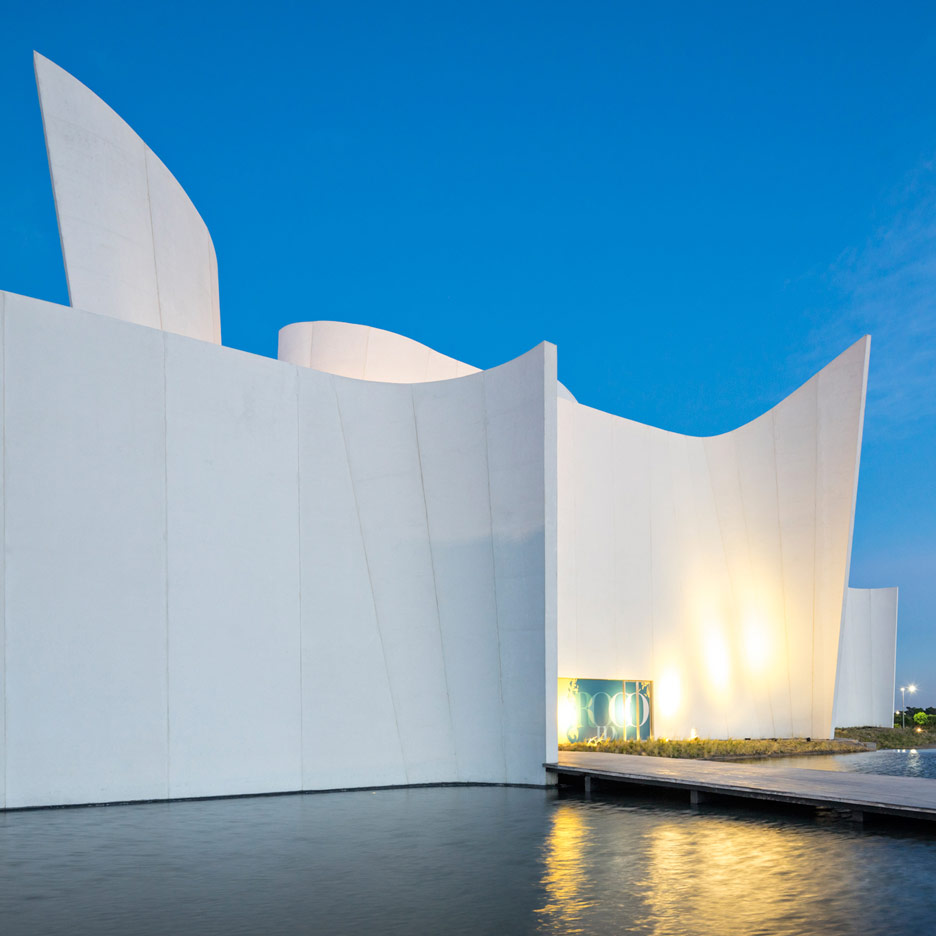