An abandoned and bat-infested 18th century prison in Cornwall, England, is being turned into a hotel and tourist attraction by Twelve Architects.

The London-based studio was commissioned by Mallino Development to transform Bodmin Jail into destination accommodation forInterstate Europe Hotels, and to re-home the bats that have been roosting in its ruined walls in a bespoke bat-house.

The multimillion pound project will see the Grade-II listed building restored and turned into a 63-bedroom hotel and visitor attraction.

Guests will be able to sleep in the former cells, which will be knocked through to create less cramped sleeping quarters than the prisoners would have enjoyed.

Designed by British engineer John Call and built in 1779, Bodmin Jail was a site of incarceration and execution for almost 150 years until it was closed in 1927. Over 50 public hangings took place at the prison, and the original noose will be displayed as part of a new exhibition being built on site.

With its gruesome past, the jail is unsurprisingly rumoured to be haunted – although lead architect Hannah Baker said she hasn't had any spectral sightings while working on the project. Instead, the biggest challenges have been restoring the ruined and part-demolished building.

"They tried, quite extensively, to blow it up in the 30s to deconstruct it for salvage, but they weren't very successful because it was fairly well built. The walls are about a metre thick externally," she told Dezeen.

The roof was removed and the floors have all decomposed after being exposed to the Cornish elements for so long, but the majority of the structure remains.

"The shape and form of the building is very much as it was," Baker added. "There are a few walls missing so we are reconstructing those using brick rather than stone, then rendering over the top of it, so it's a really clear intervention between the old and the new."

Twelve Architects will rebuild the roof with glass, so that the interior of the atrium is less dark and foreboding than it would have been in its previous incarnation. Internally the architects have found it difficult to figure out the exact original layout of the building.

"There is some information, but it's not readily available because it's quite hard to get hold of prison plans," explained Baker.

The bat population, that had taken up residence, is also a complicating factor in the renovation. Up to nine species of bat, including Greater and Lesser Horseshoes and the miniature Pipistrelles, have been using the ruins as mating and roosting sites. 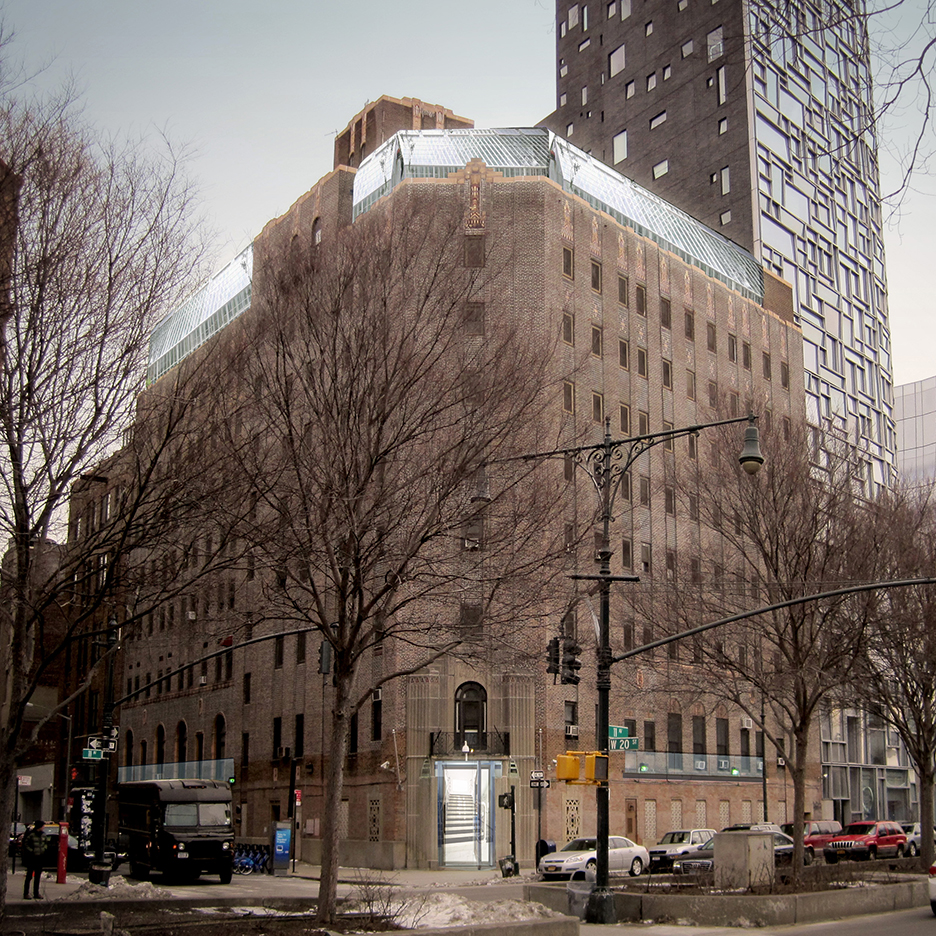 "We've had to work really hard with our ecologists to time the work so that we don't disturb the bats," founder of Twelve Architects Matt Cartwright told Dezeen.

"It's an amazing ecosystem. When we cleaned the building out you have to be careful because the bats actually hibernate behind the plaster on the walls," he said.

"So every cell that was cleaned we had an ecologist in the room overseeing the work and when they found a bat we had to stop and leave until they stopped hibernating. It's been a real challenge."

Once awake, the bats will be relocated to a purpose built "bat bungalow" nearby that's will be fitted out with various nesting options.

The hotel and attraction is due to open in 2019.

Other architects converting prisons into more enlightened spaces include Deborah Berke Partners, who are turning a former correctional facility into a centre for women's rights.