A race survey conducted by The Architects' Journal shows that 24 per cent of black and minority-ethnic architects have been victims of racism in UK workplaces.

The AJ's first race survey investigates attitudes to race in architecture and was conducted in partnership with the Stephen Lawrence Charitable Trust. Lawrence, an aspiring architect, was murdered in a racially motivated attack in London 25 years ago.

The survey collated the responses of 877 UK-based architecture professionals, of which more than a third identified as black and minority-ethnic (BAME).

In total, 95 per cent of those surveyed of all ethnicities felt that there is racism in architecture, ranging from "very little" to "widespread".

Of those from black, African, Caribbean or mixed-race heritage, 30 per cent had experienced racism at work, as had one in five Asian respondents.

Harrowing comments from those surveyed showed a picture of a profession where BAME people encounter prejudice from encounters both inside and the office and on site visits.

"In a previous workplace I was the victim of direct, open, verbal, sustained racial abuse to the point that I had to leave," read one response. 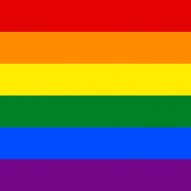 LGBT+ survey reveals decreasing number of architects "out" at work

"I've experienced racist comments when consulting with the community on proposed projects. This happens quite regularly, particularly in rural locations," said another, whilst a third reported a contractor using "the N-word".

One person surveyed recalled an incident where they had challenged colleagues who "dressed up with blackfaces on a work event".

The survey also demonstrated that BAME professionals were more attuned to issues around race in architecture.

More than two fifths of UK-based BAME respondents had heard racist language in the workplace, yet only 20 per cent of UK-based white architecture professionals said the same.

Dealing with incidents when they occur is further complicated by the fact that over 20 percent of BAME respondents felt their line manager would not be comfortable dealing with issues around race in the workplace.

Seven out of every ten UK-based BAME respondents reported experiencing barriers to career progression due to their race.

Almost two thirds of BAME respondents in the UK said they could see no BAME colleagues in their company at senior levels, with a similar amount reporting that the lack of BAME representation in the industry was discouraging.

Statistics from the Royal Institute of British Architects suggest there is a sharp drop off from non-white would-be architects before they even enter the profession. Their statistics show half of black men leave between Part 1 and Part 2 of an architecture qualification.

Data on the number of BAME architects in the UK is thin, but figures from the Architects Registration Board suggest they account for only 6 per cent of the profession, which is half of the proportion found in the UK's population.

Much of the survey and the responses to it centred on the idea that, in order to combat racism in the industry, architecture in the UK must first acknowledge that there is in fact an issue.

"There is no support at all for BAME architects," said one respondent. "Race is not identified in the workplace so there is the assumption that career progression is equal."

"The first step is for the industry to recognise that it has a serious problem and accept that it needs to be open-minded about ways in which it might change," said another UK-based architect surveyed.

"Despite surveys like this and warm words, the sector is still solidly in denial."

Photograph is by Fizkes.