Amsterdam-based design platform What Design Can Do has unveiled 13 campaigns against the sexual exploitation of underage children, as part of a design competition called No Minor Thing.

Developed in cooperation with the Dutch Public Prosecutor's Office and the Ministry of Justice and Security, the No Minor Thing project saw 13 Dutch design agencies come up with solutions on how to raise awareness and tackle the issue of sexual violence against minors.

The 13 strategies and campaigns include an interactive online platform that teaches people how to spot signs of sex trafficking, a peer-to-peer check-up system for minors, and an app extension for messaging services that detects nudity in photos and digitally watermarks the images.

"Sexual exploitation of children is common, but it generally remains under the radar, out of sight," said the organisation. "It is estimated that only one in nine girls who have been sexually exploited are known to police and the justice department."

"There are even fewer records for the exploitation of boys, which makes it even more difficult to estimate the actual number of victims," it continued.

Each of the participating designers chose one of five questions to offer a solution to, including "How can we teach every child that they are in charge of their own body?", "How can we help victims to report sexual exploitation earlier?" and "How can we enhance the protection of young people online?".

Rotterdam-based foundation Design for Humanity devised an Instagram series aimed at young people aged between 10 and 14, which encourages its followers to think about "the role played by intimacy and sexuality" in their lives.

Called Schaamstreken (Private Parts), the campaign sets out to include sex education in everyday interactions via social media – every week there is a new mystery surrounding sexuality that followers can "solve".

The Fabrique team focused on "sexting" in their efforts to combat sexual exploitation of minors. They designed an app extension for popular messaging applications like Whatsapp and Snapchat that detects nudity in photos and provides these images with a digital watermark.

The SHOOW app also offers users the opportunity to provide the photo with a watermark on the front, in a bid to encourage young people to treat nude photos responsibly. 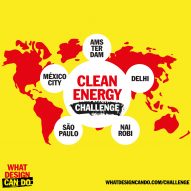 "The naive notion that this type of situation only occurs in distant countries was demolished on day one of the challenge," said Fabrique.

"Designers have the ability to challenge the status quo," the agency added. "Taking an outside, creative perspective to this type of complex problem allows us to reach new insights."

After discovering that Dutch society is largely unaware of the sexual exploitation of minors, What The Studio came up with a certification program called No Place for Sex Trafficking, which rewards hospitality services that are committed to actively preventing sex trafficking.

The studio created an online platform where staff at hotels, bars and restaurants, as well as taxi drivers, can follow interactive training courses to learn how to spot signs of sex trafficking. Employees will then receive a certificate that they can display to show their awareness to customers, which may include potential sex traders.

"Designers don't need to become the experts, but we are the dreamers, the ones who can help to think bigger, to communicate better and to make the findings of experts accessible for more people," said What the Studio.

Other campaigns include a fake website hidden under the name of scholieren sekswerk (student sex work) used to reveal "the shocking truth" of sex trafficking, a system of fake adverts and landing pages that can track and gather data on "casual" sex offender behaviour, and a weekly calendar that helps parents and children communicate about relationships and sexuality.

What Design Can Do also recently launched another project called the Clean Energy Challenge, which tasks architects and designers with coming up with proposals that can help urban centres transition from fossil fuels to clean energy. 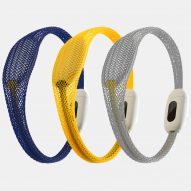 More from What Design Can Do