MAD has revealed visuals of a "theatrical" spiral staircase set to create a panoramic viewing platform for a historic warehouse on Rotterdam's waterfront.

The bright blue viewpoint will form part of a complete renovation of the former Fenix warehouse, which was once one of the largest warehouses in the world.

Beijing-based MAD's visuals show a "theatrical staircase" that increases in size as it spirals upwards, before protruding through the roof to form a 360-degree observation deck.

"We are proud to realise a dynamic transformation of the historical warehouse that will encourage people to move through the space, and be enjoyed by the community," said Ma Yansong, founder of MAD.

A public atrium will enclose and link each floor to the bright blue staircase, which will create a new viewpoint over the Maas river, the Katendrecht peninsula and the city.

According to MAD, the project will be the "first public cultural building in Europe" to be designed by a Chinese architecture studio. Bureau Polderman is the local studio overseeing the restoration.

The project was commissioned by Droom en Daad Foundation, an organisation that bought the warehouse earlier this year as part of its commitment to "contribute to a beautiful and attractive Rotterdam" through art and culture.

The foundation said the project will spotlight the significance of Fenix warehouse, and tell the story of the site's history of migration.

"The Fenix Warehouse will become a landmark for all those millions who left Europe from the banks of the Maas, and for everybody arriving today. It offers a great future for Rotterdam's past" said director Wim Pijbes. 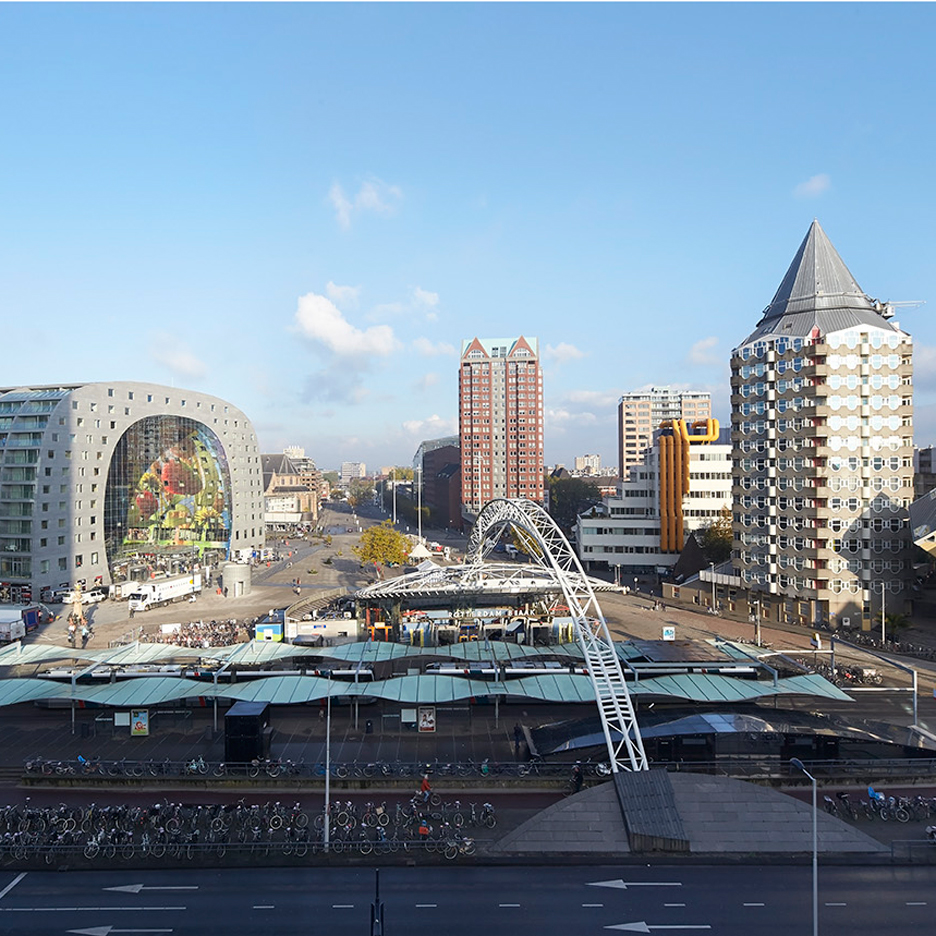 Rotterdam is "the city of the future" say architects

The project is the latest in a series of radical new structures unveiled for Rotterdam, as the Dutch city continues to establish itself as a hub for new building technologies, including floating architecture, robotic construction and 3D printing.

The waterfront in particular has seen rapid development in recent years, with new additions including OMA's towering De Rotterdam complex and a luggage-sorting complex with walls that recede like an "inverted umbrella".

Other proposals include an MVRDV-designed skyscraper with a pixellated facade made up of hundreds of bay windows and a huge circular wind turbine that doubles as an apartment block and hotel.