New York's Museum of Modern Art will close over the summer in order to complete its Diller Scofidio + Renfro-designed overhaul, then fully re-open four months later.

The museum's galleries will close 15 June 2019, and open again on 21 October 2019 once the refurbishment is finished, MoMA revealed yesterday.

The summer closure will accommodate the last phase of the project, undertaken by New York studio Diller Scofidio + Renfro in collaboration with global firm Gensler, which involves reconfiguring the museum and adding over 40,000 square feet (3,716 square metres) of gallery space.

These final set of changes will extend the west wing of the museum's Ronald S and Jo Carole Lauder Building, with new facilities that include a double-height studio for media, performance and film, and an education space.

Previous work saw an overhaul of the building's east wing, which had already opened to the public.

A suite of street-facing galleries at ground level, planned to be admission-free, will also be added as part of a plan to better connect the museum and its Midtown Manhattan location.

MoMA will close at the end of its spring exhibition series, which includes Lincoln Kirstein's Modern; Joan Miró: Birth of the World; New Order: Art and Technology in the Twenty-First Century; and The Value of Good Design.

Collections will be removed for the summer months, while finishing touches are made to the galleries.

The October re-install will see multiple mediums arranged in a "general chronological spine" on the first-, third- and fourth-floor galleries, including the new David Geffen Wing. These will extend into the Jean Nouvel-designed 53W53 building to add 11,500 square feet (1,068 square metres) on each level.

This approach follows a new "curatorial vision" that will allow multi-disciplinary showcases of the architecture and design collections, which MoMA said forms part of the original ambition of its founder Alfred Barr.

"Inspired by Alfred Barr's original vision to be an experimental museum in New York, the real value of this expansion is not just more space, but space that allows us to rethink the experience of art in the Museum," said MoMA director Glenn D Lowry in a statement.

"We have an opportunity to re-energise and expand upon our founding mission – to welcome everyone to experience MoMA as a laboratory for the study and presentation of the art of our time, across all visual arts."

Renovation work on the museum began in February 2016, and was executed in phases in line with Diller Scofidio + Renfro's plans.

The first stage reconfigured the second-floor galleries into two "loft-like" exhibition spaces, created a new lounge with views of the Philip Johnson-designed sculpture garden, added a new gift and book shop, and extended the Bauhaus staircase. 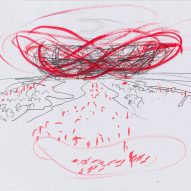 Over the years, the project has required different gallery spaces and areas of the museum close in phases. The architecture and design galleries shut in April 2016, raising concerns that the extension would scrap these dedicated areas, but MoMA later issued a letter that it would not be removing the programmes entirely.

The project also proved controversial when Tod Williams and Billie Tsien's Museum of American Folk Art was razed to make way for extra space in 2014, and when the proposal forced to be scaled back two years later.