Sony has launched a different take on the smartwatch, with all the technology embedded in a band that users can attach to their favourite analogue face.

All of the technology has been carefully designed to fit within the gentle curve of the watch clasp, including a small OLED screen where notifications are displayed.

Two strap designs are available: the Wena Wrist Pro, a classic metal link style in either silver or black, or the Wena Wrist Active, which has a silicone strap made for fitness.

The Active model comes with additional GPS and heart tracking. It also has a "quick-release system" that allows the watch face to be easily removed during exercise, making the accessory lighter and giving it the appearance of a Fitbit-style fitness tracker.

Both band styles are 20 millimetres wide and attach to any watch that takes an 18-, 20- or 22-millimetre lug, although Sony also offers the option of five of its own watch face designs.

Wena — which stands for "wear electronics naturally" — came out of Sony's Seed Acceleration programme, where employees are supported to develop ideas outside of the Japanese electronics company's existing product categories.

Sony has sold the watch strap in Japan since 2015, but is now launching the product internationally.

While smartwatches such as the Apple Watch have become firmly established as a wearable product category in the last few years, few companies have attempted the smart watch band.

The band could appeal to consumers who like the look, simplicity or longevity of a classic watch.

Sony also points out that, with the technology in the clasp, near-field communications (NFC) payments are actually more natural for most people with Wena than a standard smartwatch, as they don't need to twist their wrists.

Sony makes a range of watch faces designed specifically for the Wena watch strap, including a premium Mechanical style. This features a transparent back through which you can see the Miyota 905S movement.

There are also two solar-powered models and two entry-level quartz models, each available in Three Hands and Chronograph styles.

The straps connect to a phone via Bluetooth, and users can customise the look of their notifications with a range of seven coloured-LED lights and vibrations.

Sony is one of the biggest electronics companies in the world, with smartphones, televisions and the PlayStation gaming console among its biggest sellers. 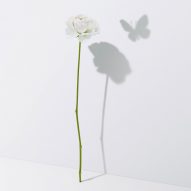 Recent new products have included the Aibo robot dog and the Xperia Touch projector that turned any surface into a tablet.

It also recently released the FES Watch U e-paper timepiece, whose appearance can be changed at the touch of a button.