London design agency Bulletproof has developed a new visual identity for the Football Association of Wales, featuring a modernised version of its red dragon badge.

Bulletproof was tasked with overseeing the first major refresh of the association's branding in a decade. The brief called for a new identity that would encompass all football in Wales and embody the organisation's motto of "Together, Stronger".

Basing its design on the country's heritage and traditions, the agency set out to create a system of graphic assets for the digital age with the dragon as its central element.

Other aspects of the project include a new typeface and a colour palette inspired by the Welsh landscape.

"We knew we needed to deliver more than just a badge refresh," said Bulletproof. "We needed to create a modern, iconic brand that would incorporate the National Association, National Team, and Leagues & Cup competitions – allowing each individual facet to shine in its own right."

The dragon emblem, which is found on the shirts of the Welsh national teams, was last updated in 2010. Since then, the Football Association of Wales has modernised its practices and wanted its new identity to reflect its progressive and diverse outlook.

The new dragon at the core of the branding project features a pared-back form with cleaner edges and sharper angles. This aesthetic aims to create a symbol that is bold and forward-looking, while referencing the traditions of the past.

"The execution was inspired by chiselled rock and slate carving," the studio explained, "representing centuries of Welsh craft and industry, yet sufficiently simple and iconic to look – and feel – at home in today's modern global sporting arenas."

The logo previously featured an elaborate shield and a wreath underneath featuring the motto in Welsh. The simplified design removes the wreath to allow the dragon to be more prominent. 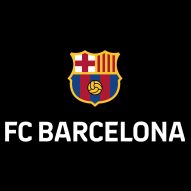 The wreath and the motto "Gorau Chwarae Cyd Chwarae" will be stitched below the back collar of the National Team shirts, along with an emblem of a daffodil, the Welsh national flower.

Bulletproof worked with a typographer to develop the new typeface used across the Football Association of Wales's branding material. The Welsh Spirit font references both the chiselled forms of slate carving and traditional Trajan typography, as well as more modern condensed typefaces commonly used in sport.

A colour palette grounded in the Welsh landscape unifies the presentation of branded assets across various platforms, with the red and green traditionally associated with Wales featuring prominently.

The colours help to differentiate the various elements of Welsh football, from the national teams and governance, to the domestic tournaments and player development.

As part of the new identity's launch, Bulletproof produced a film featuring a voiceover by Welsh musician and 6Music DJ, Cerys Matthews. The updated branding is currently being used across digital channels, and a new kit design will debut in November 2019.

English football club Wolverhampton Wanderers recently updated its own visual identity with a 3D versions of its wolf badge, while FC Barcelona simplified its crest to make it better suited to use in digital media.