Yvonne Farrell and Shelley McNamara, co-founders of Grafton Architects, are the first all-woman pair to be awarded the 2020 RIBA Royal Gold Medal for Architecture.

They are the fourth and fifth female architects to have won the prestigious award in a partnership. There has still only been one woman – Zaha Hadid – named sole winner of the RIBA Royal Gold Medal in its 171-year history.

"Their work, philosophy and ambition are of profound importance, not just in their home country and the UK but across the globe. They show us all how architecture, practiced humbly and humanely, can make the world a better place."

Approved personally by the Queen, the Royal Gold Medal is the highest architecture honour in the UK, recognising people who have had a significant impact on advancing the industry.

"We are delighted the 2020 RIBA Gold Medal is being awarded to leading female designers, and too is being awarded co-jointly to Yvonne Farrell and Shelley McNamara, reflecting the fact that production of architecture is a collective activity," said Part W founder Zoë Berman. 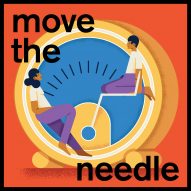 "Going forward we hope the industry will open its eyes to the way in which women and people from BAME and minority backgrounds are consistently overlooked when it comes to awards and recognition," Berman added. "We hope this is just the start of positive change."

The imbalance in winners across all architecture awards was highlighted during Dezeen's Move the Needle initiative.

At the time RIBA defended its record, with former president Jane Duncan saying: "In the future there will be many more female winners, but we are now looking backwards unfortunately and there are some fantastic men that actually ought to be winning the Royal Gold Medal."

Farrell and McNamara co-founded Grafton Architects in Dublin in 1978, with Gerard Carty and Philippe O'Sullivan joining as directors in 1992.

In 2008 the practice won the World Building of the Year award for their design for the Universita Luigi Bocconi in Milan. Its campus for the University of Limerick Medical School was shortlisted for the 2013 Stirling Prize.

In 2016 Grafton Architects won the first ever RIBA International Prize for a campus for Lima’s specialist engineering university (UTEC) in Peru, where they designed a vertical concrete campus with a series of landscaped terraces and grottos.

That same year they won the contest to design a new LSE building in London, seeing off competition from firms such as  AL_A and David Chipperfield Architects.

In 2012 their practice was awarded the Silver Lion for most promising practice at the Venice Architecure Biennale. They returned in 2018 as curators for the event, where they invited participants to muse on the theme of Freespace, their clarion call for architects to be generous with their designs. 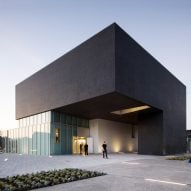 "The news that Grafton Architects are to receive the 2020 RIBA Royal Gold Medal makes this a very special and happy moment in our lives," said Farrell and McNamara.

"Like architects around the world, everyone in Grafton Architects works hard to give each project the attention needed to hopefully enrich people’s lives. For us, architecture is an optimistic profession, with the opportunity to anticipate future realities," they added.

"It is of the highest cultural importance because it is the built enclosure of human lives. It translates people’s needs and dreams into built form, into the silent language of space."

Previous winners of the Royal Gold Medal include Nicholas Grimshaw and the 2018 RIBA Royal Gold Medal laureate, the late Neave Brown. A new RIBA award for housing has been named in Brown's honour.

Grafton Architects will be presented with their medal at a ceremony in early 2020.