Dezeen's Face to Face podcast series continues with an interview with British architect David Chipperfield, who describes growing up on a farm, struggling at school, how Zaha Hadid saved him from failing his architecture diploma – and why he still suffers from imposter syndrome.

Chipperfield is one of the world's most celebrated architects, known for his calm, rational style that resists the wild experimentalism of many of his contemporaries. "I was brought up on a heavy diet of good old-fashioned modernism," he said in the interview.

Chipperfield grew up in Devon and worked on his father's farm before attending boarding school, where he discovered he was good at long-distance running and art, but not much else. "I was not very good at school," he explained. "Fairly hopeless I would say. But I was good at art."

His poor grades dashed his early hopes of becoming a vet, so he instead pursued architecture thanks to the encouragement of his art teacher. After graduating from Kingston School of Art in London, he attended the Architectural Association school, which was then a hotbed of radical ideas.

Studying at the AA

Chipperfield studied at the AA at the same time as the late Zaha Hadid, who once stood up for him during a difficult review that could have resulted in him failing the course. "Zaha, until her dying days, reminded me that if it hadn't been for her, I would have failed and that she got me my diploma," he remembered during the interview.

Chipperfield went on to work for both Richard Rogers and Norman Foster for a number of years, despite not being partial to the high-tech architecture movement they helped pioneer.

"I wasn't particularly interested in high-tech, funnily enough," he said. "Although I had the opportunity to go to Paris and see the Centre Pompidou during construction with Richard and I thought that was just the sexiest building I'd ever seen," he added.

After setting up his own office in the mid-eighties, his career took off when he designed a series of stores for fashion designer Issey Miyake in Japan.

His practice, David Chipperfield Architects, has since designed acclaimed projects all over the world, including the Neues Museum in Berlin, the Amorepacific headquarters in Seoul and The Hepworth Wakefield museum in England.

However, despite his success, Chipperfield said he feels like "a sham" compared to his contemporaries. "I have a sense of purpose maybe but I don't have innate creative talents to the level of someone like Renzo [Piano] or maybe Frank Gehry or Álvaro Siza," he said. "So in that sense, I feel a bit of a fake."

However, he remains motivated "more than ever" to promote the role of the architect in society as possible solutions to issues such as the housing and climate crises. "Architects used to work for the common good and now we work for the market," he said. "So I think that this crisis is forcing everybody to rethink things that we fundamentally believe."

Produced by Dezeen's in-house creative team Dezeen Studio, Face to Face episodes will be released every Tuesday for the next eight weeks. Future interviewees will include Roksanda Ilinčić, Tom Dixon and Norman Foster. 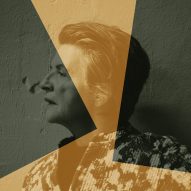 The previous episode of Face to Face features industrial designer Hella Jongerius, who explains how she grew up on a tomato farm and discovered her creative ability when she took an evening course in carpentry.