The architect, 36, founded Design Haus Liberty in 2013. The firm has offices in London and Hong Kong, and was awarded three RIBA awards in its first three years as a practice. 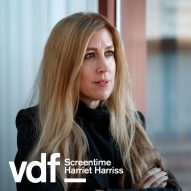 The daughter of a Taiwanese scientist who emigrated to the USA to work for NASA, Huang has a masters degree in architecture from Harvard University. Before starting her own business she worked at Herzog & de Meuron in Basel and Foster + Partners in London.

Projects by Design Haus Liberty include Villa Mosca Bianca on the shore of Lake Maggiore in Italy, and a cluster of apartments in Shoreditch, London.