Fifteen trailblazing creatives including Natsai Audrey Chieza, Space Popular and Jalila Essaïdi will present ideas for making the world a better place over the next 15 years as part of Dezeen's 15th birthday celebrations.

Designers Es Devlin and Neri Oxman and architect Winy Maas are among the 15 individuals commissioned to prepare manifestos for the project.

15 creatives will guest-edit Dezeen for a day

Running from 1 to 19 November, the three-week digital festival will see manifestos presented each day for 15 days at a special microsite at www.dezeen.com/15.

"Dezeen turns 15 this year but rather than celebrate what we've already done, we want to look ahead and see what's possible over the next 15 years," said Dezeen founder and editor-in-chief Marcus Fairs.

"The world is facing so many challenges but we believe that architects and designers have so much to offer in terms of solutions," he continued.

"So we've selected 15 incredible creatives and ask them to propose an idea that could make the world a better place over the coming decade and a half." 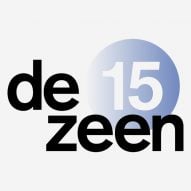 Dezeen has commissioned an eclectic list of contributors for the project, with internationally famous figures working alongside emerging and fast-rising creatives.

Each contributor will get a day dedicated to them during the event, during which they will guest edit Dezeen and share the vision behind their manifesto in a live video interview.

The 15 creatives who will participate in Dezeen 15 are, in alphabetical order:

Amber Jae Slooten is the co-founder of the digital fashion house The Fabricant, which she established in 2018 with Kerry Murphy to create clothes that only exist in digital spaces.

She studied at Amsterdam Fashion Institute and became the first-ever fashion student to graduate with an entirely digital collection.

Read more about The Fabricant ›

Aric Chen is an architecture and design curator and a professor at the College of Design & Innovation at Tongji University.

In 2018, he was named the first curatorial director of the Design Miami events, before becoming the Het Nieuwe Instituut in Rotterdam as general and artistic director in 2021.

Beatrice Galilee is a New York-based critic and curator. She is the founder and executive director of the architecture conference The World Around and author of Radical Architecture of the Future, which was published by Phaidon earlier this year.

Cave_bureau is a Nairobi-based architecture and research practice. It was founded by architects and "spelunkers" Stella Mutegi and Kabage Karanja in 2014 to lead geological and anthropological investigations into architecture and nature.

It is currently presenting an installation called Obsidian Rain in the dome of the Central Pavilion in the Giardini at the Venice Architecture Biennale.

Es Devlin is a British set designer, artist and director best known for creating large-scale performance environments for the likes of Beyoncé, Kanye West and U2.

She was artistic director of this year's London Design Biennale, for which she filled the courtyard of Somerset House with 400 trees.

Interdisciplinary designer Sarti is the founder and creative director of the experimental food design studio Arabeschi di Latte. She established the Italian studio in 2001 to blur the boundaries between design, architecture, art and food.

Her work takes the form of exhibition curation and set design through to interior architecture, art direction and styling.

Henna Burney is a product designer at the design and research laboratory Atelier Luma in Arles, France. Her research involves developing new types of biomaterials and recently developed salt panels for use as cladding inside Frank Gehry's tower for Luma Foundation.

Jalila Essaïdi is a Dutch artist and inventor based in Eindhoven. She specialises in designing with bio-based materials such as recycled cow dung, which she used to create a fashion collection that explored how to turn waste into valuable products.

She is also the CEO of biotech company Inspidere BV and founder of the BioArt Laboratories arts foundation in Eindhoven that provides entrepreneurs access to a biotech laboratory.

Writer, curator and architect Joseph Grima is the creative director of Design Academy Eindhoven and co-founder of research studio Space Caviar. He recently authored a manifesto calling for a new type of non-extractive architecture.

Before founding the studio, he curated installations for events including the Biennale Interieur in Kortrijk, Chicago Architecture Biennial and the Istanbul Design Biennial.

Natsai Audrey Chieza is founder and CEO at Faber Futures, a design agency that explores the intersection between design and biotechnology. Her work focuses on biofabrication and examines how natural processes such as microbial action can be harnessed to create sustainable products.

Neri Oxman is an American–Israeli architect and designer. She is the founder and a former professor at The Mediated Matter Group at MIT. She now has her own studio in New York City.

Dutch architect Winy Maas is co-founder and director of Rotterdam studio MVRDV and head of The Why Factory, a research laboratory and think tank he co-founded with the Faculty of Architecture of the Delft University of Technology.

Find out more about Winy Maas ›

Yasmeen Lari was the first Pakistani woman to qualify as an architect. Though she closed her practice in 2000, she continues to advocate "barefoot social architecture" and has built thousands of low-cost homes through the Heritage Foundation of Pakistan, a non-profit organisation she cofounded.

Find out more about Yasmeen Lari ›

Space Popular is a multidisciplinary design and research studio founded by architects Lara Lesmes and Fredrik Hellberg. The duo has pioneered the development of virtual architecture, designing the world's first virtual-reality architecture conference.

Find out more about Space Popular ›

London design and film studio Superflux was founded by Anab Jain and Jon Ardern in 2009 to explore technology, politics, culture and the environment. Its work is currently on show at both the Venice Architecture Biennale and the Vienna Biennale.

It was one of the first studios to imagine drones being used in cities for surveillance, traffic control and advertising in a project called Drone Aviary, which was exhibited at the Victoria and Albert Museum.

Find out more about Superflux ›