The Italian design industry is seeing a generational change when it comes to gender equality, says Maria Porro, the youngest-ever president of Salone del Mobile and the first woman to hold the role.

Porro, born in 1983, was appointed president of Salone del Mobile in July. Prior to Salone, she was president of Assarredo, the Italian trade association for furniture manufacturers, where she was also the first woman in the role.

Porro also works as the marketing and communications director of Italian design brand Porro, which was co-founded by her great-grandfather Giulio, and grew up visiting Salone with her grandfather.

"[Salone del Mobile] is an appointment that I've never missed since I was a child," she told Dezeen.

However, she pursued another creative career when she was growing up, studying set design at the Brera Academy of Fine Arts.

"I studied set design, and I've been working in the field of theatre and the events," she said.

Porro comes to Salone in a "moment of transition"

As well as working as a production supervisor for the opening of both the London 2012 and Sochi 2014 Olympic games, Porro has also created costumes and set designs for both Italian and international theatres.

"But at the same time I always kept a strong connection with my family brand and with the architect Pierro Lissoni, who I started to work with," she said. Lissoni works with the Porro family brand as an architect and designer.

"I grew up with wood shavings and looking at photoshoots in the old factory; I grew up smelling and living in this amazing design community," Porro said.

Despite her knowledge of the industry, moving into her new role at Salone is a "big responsibility in a moment of transition," Porro said.

"I'm just a 'nani sulle spalle dei giganti', a little girl on the shoulders of giants," she said. "That's how I feel."

"It's a moment of transition for sure," Porro added. "A moment where we have a lot of question marks on our road, but I feel the passion and the strength of Salone del Mobile."

Appointment part of "change of generation" in industry

Porro believes her appointment as the fair's first female president is part of a wider change in the Italian design industry.

"There is a very big change of generation at this moment in the industry," Porro said. "I see a lot of female and male young entrepreneurs leading the companies."

This is a marked difference to how gender roles have traditionally been perceived in the country's design industry, where women wouldn't previously have led the companies. 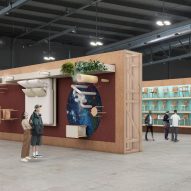 "In the 1950s, women were not considered in the generational passage for some brands, so it was impossible to work in the main roles in the family brand if you were a woman," Porro said.

"My generation is the one that can change the rules – times are ready and I'm not the only one, I'm in very good company."

However, Italy still has a way to go, she believes.

Porro takes over after turbulent period

The Salone del Mobile fair, which begins today and runs until 10 September, was delayed from its original April slot.

It has been dubbed "Supersalone" to mark it out as a special edition of the fair, which has had a turbulent year. The fair's previous president Claudio Luti resigned in May, saying his vision for the fair had "failed."

Luti's leaving came after rumoured troubles for the fair in spring, with bookings from exhibitors thought to be down and visitors seemingly unlikely to travel to Italy in large numbers due to the coronavirus pandemic.

The mayor of Milan, Beppe Sala, subsequently urged brands to support Salone del Mobile in order for Milan not to lose its position as the "world's leading city for design."

Supersalone, which is curated by architect Stefano Boeri and was unveiled in a press conference streamed on Dezeen, has been adapted to accommodate coronavirus prevention measures.

With many trade shows creating digital offerings during the Covid pandemic and the increasing climate crisis, some have also questioned the necessity of physical events, which encourage both global travel and movement of goods.

Sustainability has become something that trade shows now have to more urgently take into account.

"For a trade show it's a very big challenge to be sustainable, but it's a challenge for every field, including the field of design itself, so I think it's something that you do step by step," Porro said.

"It's a revolution; it's not something you change in one day."

The wooden panels used to construct the stands for the Supersalone fair this year are made from 100-per-cent recycled wood while the aluminium structures used for the event will be recycled. Seating areas have been assembled without using glue so that they can be disassembled and reused.

"We put a lot of attention into creating an event for which the materials and projects are all made to be fully sustainable and recyclable," Porro said. 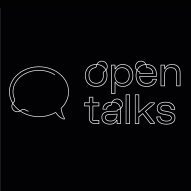 Dezeen to live stream Open Talks from Supersalone in Milan

Greenery will also welcome fair visitors right from the start, in the form of a city forest installation, a concept that has become increasingly popular recently.

"As a sort of sign, we decided to create a forest at the entrance," Porro said. "There will be 200 trees at the entrance, which Salone will then donate to the city of Milan to be planted in the Parco Nord."

Digital Supersalone to be "fully mixed" with physical event

The upcoming fair will also have more of a digital presence than in previous years.

The digital platform will stream some of the events taking place at the fair, and The Supersalone event will also use QR codes to make the fair shoppable.

For the first time, the fair will also be open to the public every day.

"We need to feel safe living together again"

The president also hopes Supersalone will help people get back to normal after the coronavirus pandemic.

"We need to feel safe living together again, not only in private life but in common places. Design and furniture now have a role and a responsibility to redesign those places," Porro said.

"Design has a responsibility to create solutions that will let us be safe again, living together. I think we have this responsibility and Salone is the field where brands can present, experiment and discuss this very important aspect of this new life and this new normality."

Salone del Mobile is taking place in Milan from 5-10 September. See Dezeen Events Guide for an up-to-date list of architecture and design events taking place around the world.