Described by Rossinavi as its "green-technology flagship", the yacht would be covered in solar panels on three levels that would fully power it on day trips. It is set to be presented next week during Milan design week.

"On a day trip, Oneiric can cruise up to 100 per cent of the time in full-electric mode with zero emissions," said Zaha Hadid Architects.

"On transatlantic crossings, the yacht can cruise in full-electric mode up to 70 per cent of the time, saving approximately 40 tonnes of CO2 compared to a conventional vessel."

The main deck features a saloon containing a bar and inbuilt sofas that would open onto a second deck with an inbuilt hot tub that steps down to the sea.

The owner's suite would be located alongside the main saloon and wrapped in a curved glass window to give 180-degree views of the sea.

Above the main deck would be a sun deck covered by a shade topped with solar panels, while four guest cabins would be located below.

The studio designed both the exterior and all of the interior spaces.

"The design of the yacht's exterior and interior is informed by the fluidity and dynamism of ocean waves," said Zaha Hadid Architects. 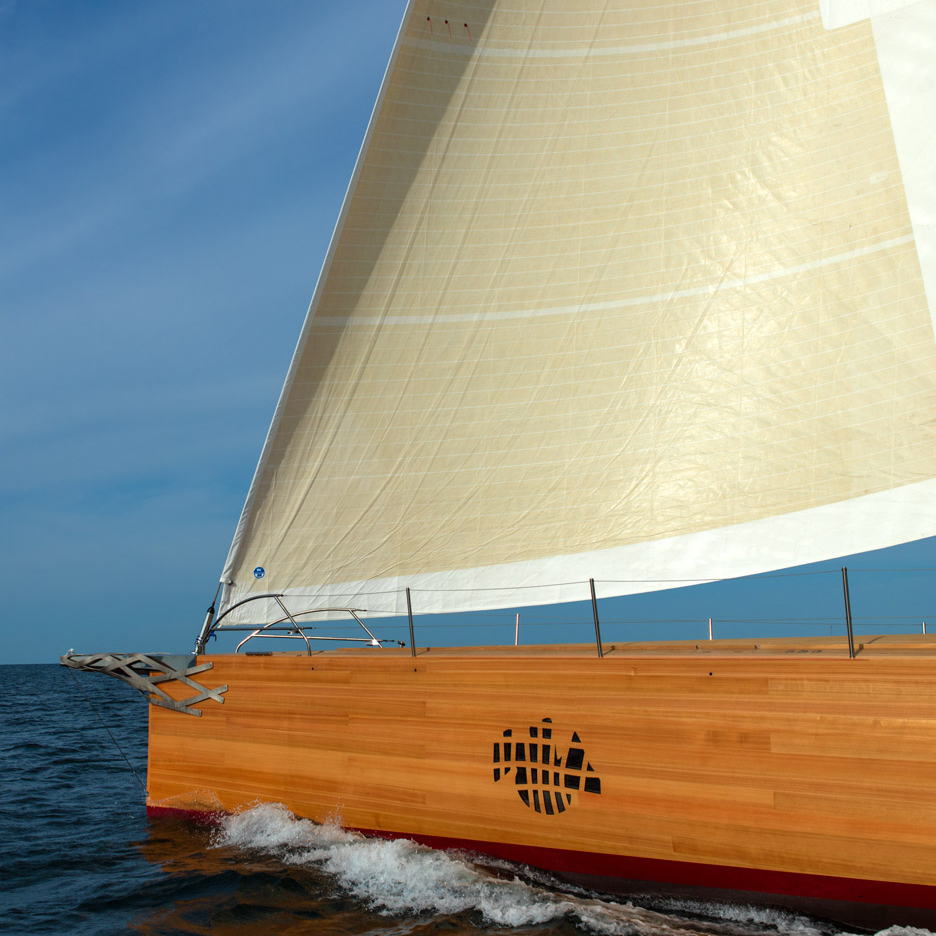 Frank Gehry forays into yacht design to create his own boat

"The sinuous lines and reflective surfaces of the yacht’s exterior are continued throughout the interior, blurring the boundaries between vessel and sea," it continued.

"The visual and tactile characteristics of the materials within these spaces were selected and arranged to define an immersive environment that accentuates the fluidity of the design."

As the yacht would be powered by solar it would be extremely quiet to sail.

"The serenity on board is visual as well as auditory," said the studio. "Oneiric's full-electric mode is capable of silent operations. In addition, the yacht benefits from the effects of Rossinavi Zero Noise technology that isolates all noise on board from the original source."

Oneiric is not the first yacht designed by Zaha Hadid Architects. It previously designed the Jazz superyacht for German shipbuilders Blohm+Voss.

Other architects who have turned their attention to ship design include Frank Gehry, who designed an entirely wooden yacht and Foster + Partners, which designed a 20-metre-long motor yacht.