Brazilian designer Fernando Campana of design duo the Campana Brothers has passed away in São Paulo at the age of 61.

Fernando Campana, who was also an architect, died on 16 November, according to his office Estudio Campana, which he led with his older brother Humberto.

"It is with great sadness that we communicate the death of Fernando Campana, today, November 16, in São Paulo," the statement read.

"We appreciate everyone's solidarity and ask that you respect the family's privacy at this time."

Fernando Campana was born in Brotas in 1961. He graduated with a degree in Architecture and Urbanism at the Faculty of Fine Arts in São Paulo, reported Disegno magazine.

He founded Estudio Campana with Humberto in their hometown in 1984, but the duo remains better known as the Campana Brothers.

Their leading studio is recognised for its contemporary furniture designs rooted in Brazilian culture.

In an interview with Dezeen, the Campana brothers said it wasn't until 1997 that they gained attention for their work, thanking their "mentor" Massimo Morozzi, the creative director of Italian design brand Edra, for propelling them into the spotlight.

"Massimo was our mentor," said Fernando Campana at the time. "He gave us the possibility of making our dreams come true."

Morozzi had seen an early version of their 1998 Vermelha Chair – one of the duo's best-known works – in a magazine. 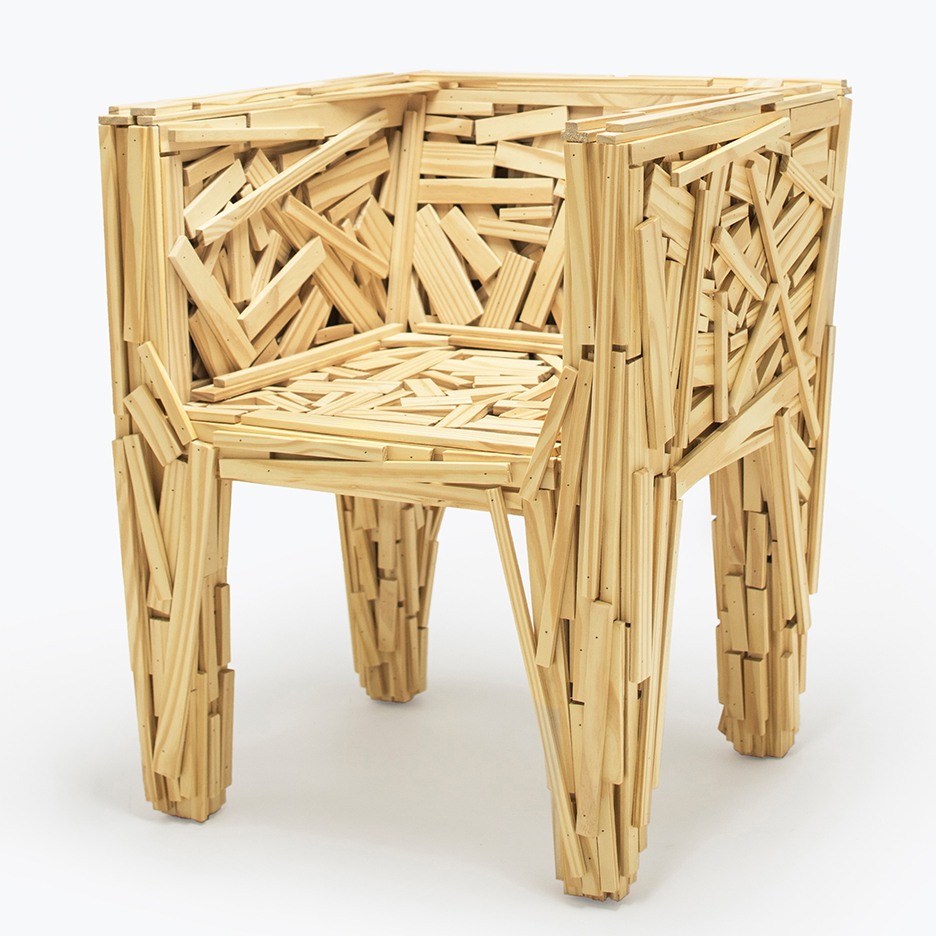 Alongside the Vermelha Chair, which is constructed from 500 metres of red rope tied over a metal frame, the 1991 Favela Chair was put into production by Edra.

More recently, the duo's studio created a collection of furniture made almost entirely from cork and limited-edition versions of their signature Banquete soft-toy seats using designs by American artist Kaws.

Designer was "a creative genius"

The Campana brothers have launched and exhibited their work in galleries worldwide, including Friedman Benda and MoMa in New York, the Carpenters Workshop Gallery in London and the Museum of Modern Art of São Paulo.

In addition to furniture design, the Campana brothers also worked in architecture, building houses including one in São Paulo that is covered in palm fibre to give it a hairy appearance, and pavilions such as Gloriette for Milan Design Week.

Since Fernando Campana's death last week there has been an outpouring of tributes from the design community.

London's Design Museum said Fernando Campana was "one of the most important designers of our generation", while the Cooper Hewitt in New York said his "fresh and child-like vision captured hope and beauty without pretensions".

On Instagram, art gallery Friedman Benda described him as "one of the prime movers in design for the past four decades" and "a creative genius who led a career of unpredictable innovation and new discovery".