Belgian designer Raf Simons has announced he is closing the fashion label that bears his name after 27 years of operation.

Simons took to social media platform Instagram to announce the news, explaining that the brand's latest Spring/Summer 2023 show in October at clubbing venue Printworks, London, would be its last.

"The Spring/Summer 2023 collection is the conclusion of an extraordinary 27 year journey and the final season of the Raf Simons fashion brand," said the 54-year-old designer in the Instagram post.

"I lack words to share how proud I am of all that we have achieved," he continued.

"I am grateful for the incredible support from my team, from my collaborators, from the press and buyers, from my friends and family, and from our devoted fans and loyal followers. Thank you all, for believing in our vision and for believing in me," he added. "Forward always, Raf."

The reason for the closure is unknown

Simons gave no specific reason for closing the brand. He will continue to be co-creative director of Prada, the fashion house where he works alongside Miuccia Prada, a post that he has been in since February 2020.

Simons, whose career spans three decades, is one of the world's most critically acclaimed fashion designers. 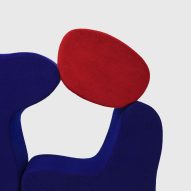 He also designed a collection using textiles made by Danish brand Kvadrat for his 2015 Kvadrat/Raf Simons menswear collection.

His namesake Raf Simons brand, which is best known for its emphasis on youth culture, has been the vehicle for Simons' prodigious output since its foundation in 1995.

Before his time at Prada, Simons worked at a number of high-end fashion houses. The designer served as creative director for Jil Sander between 2005 and 2012, before taking up the position of creative director at Christian Dior. From 2015 to 2018 he moved to Calvin Klein, where he steered the brand's creative output.

In between the designer has also partnered with mainstream brands like luggage company Eastpak and sportswear brand Adidas.