News: Australian police have seized weapons created on a 3D printer while raiding a property in Gold Coast, Queensland.

The weapons found at the residence in the city's Mudgeeraba suburb include a set of knuckledusters and what are suspected to be plastic gun parts created using a 3D printer. 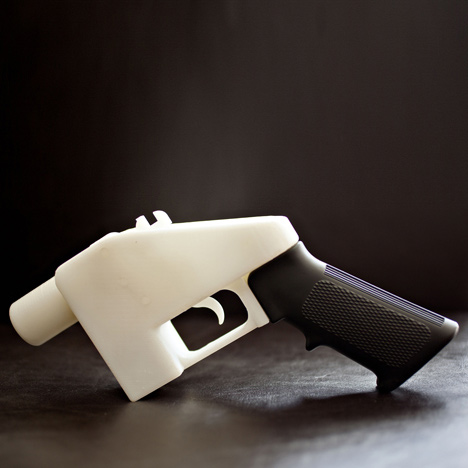 3D-printed guns cause US to review prohibition of plastic firearms

A 28-year-old man was arrested following the search, which also unearthed a sawn-off rifle, ammunition, cannabis and cannabis plants.

The Gold Coast Major and Organised Crimes Firearms Investigation Team is currently assessing the plastic components to confirm whether or not they could be assembled into a gun.

"We've obviously got to get it through our ballistic experts but we can identify most if not all of the major components of a weapon," detective inspector Scott Knowles told Australia's ABC News. "To us it appears that they are complete weapons just requiring assembly."

Knowles, who works for the Major and Organised Crime Squad, also said that this would be the first time the Queensland Police Service (QPS) had encountered 3D-printed plastic weapon parts.

The suspect was charged with drug and weapons offences relating to the rifle and cannabis.

In a statement, QPS warned that those creating 3D-printed weapons "risk serious injury to themselves and others".

"With weapons and parts manufactured this way still being classified as a firearm under current legislation, people can also see themselves before the courts for manufacturing and possessing these items," said Knowles.

In October 2013, police searching a property in Greater Manchester, England, suspected that they had found 3D-printed gun parts that later turned out to be harmless printer upgrade parts.

Gun enthusiasts released open-source kits for building 3D-printed weapons in 2012, but the blueprints were taken offline at request of the US government.

The first printed gun was successfully fired in May 2013, and German police tested the plastic weapons for potential use two months later.

Images are courtesy of QPS.