Fashion designer Rick Owens has launched his latest range of shoes, including sandals with cuffs around the legs, as part of his ongoing collaboration with Adidas (+ slideshow).

Owens unveiled his Spring Summer 2016 collection for the sportswear giant on Sunday during men's fashion week in Paris.

The American designer – who is based in the French capital – used the distinctive two-part sole of his Rick Owens Runner shoe for Adidas as the starting point for some of the new products. 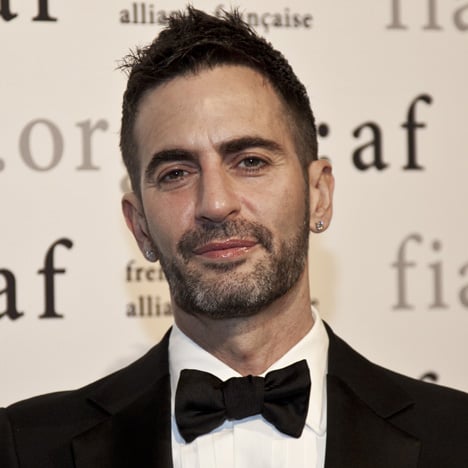 The most unusual of these is the Cargo Sandal, which is shaped like a boot but with sections of the upper removed at the toe, the bridge and the front of the ankle.

"This season Rick Owens came to Adidas wanting to make an uber-comfortable technical gladiator sandal with cut-outs – the Cargo Sandal," said a statement from the brand.

Padded with neoprene and covered with nylon, the shoe is done up over the top of the foot using velcro and includes a zip for fastening the cuff around the lower calf.

The design is available in all-black and all-khaki versions, as well as a black model with a white sole.

Owens' Cargo Clog features a similar shape and identical materials as the sandal, but without the heel and calf portions.

These additions to the range influenced an update of the Runner, which was originally introduced as part of the designer's first Adidas collection for Spring Summer 2014 season.

The latest versions pair the nylon material with suede for an orange and a green model.

"A padded nylon upper with suede overlays draws inspiration from this season's Cargo Sandal and is perched on his signature outsole," said Adidas, which is reissuing the trainer in white and black leather.

"The new-look Superstar Ripple Boots feature the designer's advanced 'lay down' pattern for a great fit and elegant gather at the ankle when worn," Adidas said. 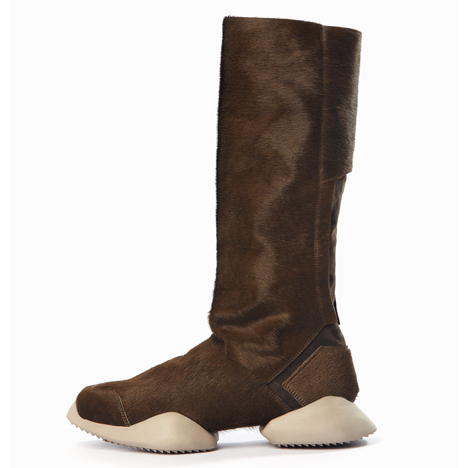 The Adidas by Rick Owens collection will be available from mid February 2016 in both men's and women's sizes.