Opinion: Walter Segal's self-build houses in south London and Assemble's Turner Award-winning Granby Four Streets project in Liverpool are rightly celebrated, but they're not the answer to the housing crisis, says Owen Hatherley.

The awarding of the Pritzker Prize to Alejandro Aravena, whose practice, Elemental, is best known for its "half-built" affordable housing scheme in Iquique, Chile, was evidence of an idea whose time has come. In the last couple of years the cult of self-build, do-it-yourself and "bottom up" (hooray!) against "top-down" (boo!) has reached impressive proportions.

While statistics are constantly thrown around about the depth of inequality and the volume of people moving to cities, we appear to be living in an age of idealistic enclaves. Whether it's Baugruppe in Berlin, Assemble in Liverpool or Elemental in Iquique, the urban revolution seems to begin with a couple of streets at a time.

Until 13 February, the Architecture Association in London is hosting a terrific exhibition on the work of German-English architect Walter Segal and the Self-Build Revolution he created in southeast London in the 1980s. Assemble have made a model for it too, so it's as if a torch is being passed.

I've long been familiar with Segal's work. Just round the corner from where I live in Woolwich is a 1980s scheme using the Segal system, a cul-de-sac of houses next to a railway line, whose architecture sits somewhere between the standard fare of speculative builders and the Usonian houses of Frank Lloyd Wright, all using the same lightweight wooden frame. They're nestled in just below the London County Council's first big system-building scheme, Morris Walk, a series of repeated blocks with pebbly concrete panels, set in open space – a rather striking contrast in different approaches to prefabrication and to how to use it to solve, or not solve, a housing crisis. 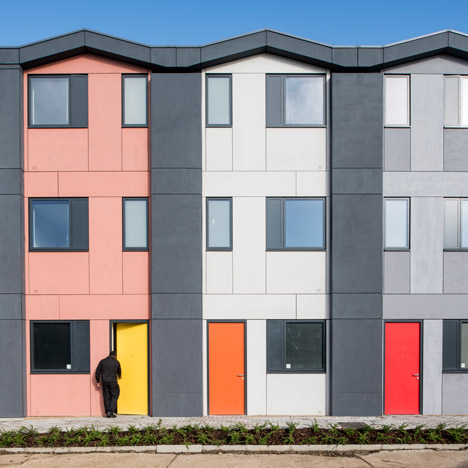 Slated for demolition, Morris Walk houses a huge number of people who didn't have to build their houses. The close below houses very few who did, or rather the original owners did. One is, architecturally, "what people want", the other is not; one is "bottom up", the other decidedly "top-down". The big question is: what if the self-built close was impossible without the system-built estate next to it?

These houses don't feature in Walter's Way, the exhibition at the AA, possibly because by the time they were built the Segal system – a very straightforward arrangement of planks and bolts, which Segal claimed could be mastered by anyone that could saw in a straight line, which unfortunately rules me out – had been adapted to a more traditional aesthetic.

What if the self-built close was impossible without the system-built estate next to it?

For the much more famous Segal system houses in the London Borough of Lewisham, the builders embraced the Modernist values the architect had brought with him from his education in the Weimar Republic with light frames, large windows, open plans, and a dissolving of the boundaries between urban and rural. They have been heavily altered, as they were supposed to be, but their clarity and optimism breathe through. The question of how they came into being, though, is interesting.

In the early 1980s, London's population was at its lowest level for a century. The huge efforts over the previous 80 years on the part of the London County Council and the London Boroughs to clear slums and build new estates had come exceptionally close to actually solving the city's housing crisis, with a decent council home being easy to come by, and if that didn't suit, squatting was abundant. The new ultra-capitalist city at Docklands was mostly a twinkle in Margaret Thatcher's eye.

In this context, it made sense to loosen up the strictures of post-war planned housing, and allow some experiments. The division of labour could be done away with and the sense of "ownership" supposedly lacking in public housing could be redressed in a way that was much more intelligent than Right to Buy. Even the mass unemployment faced in places like Lewisham in the 1980s meant that an unusually large number of ordinary people had the time on their hands to learn Modernist carpentry.

The results, it must be stressed, were in most cases brilliant, a real vision of a plausible different way of living. Just as Berlin's Baugruppe – with their embrace of collective and communal life – are very encouraging in suggesting what people can do if they're allowed to, and just as Assemble's work on four Victorian streets in Toxteth is a welcome blow against the cynical housing policies foisted upon Liverpool for decades. But it's still not enough.

London today is different in almost every way to the city that let a German architect, enthusiastic residents and a left-wing local authority cook up experiments. There is a profound housing crisis, its population is at an all-time high, and both local and central governments are hostile to the mere concept of council housing. 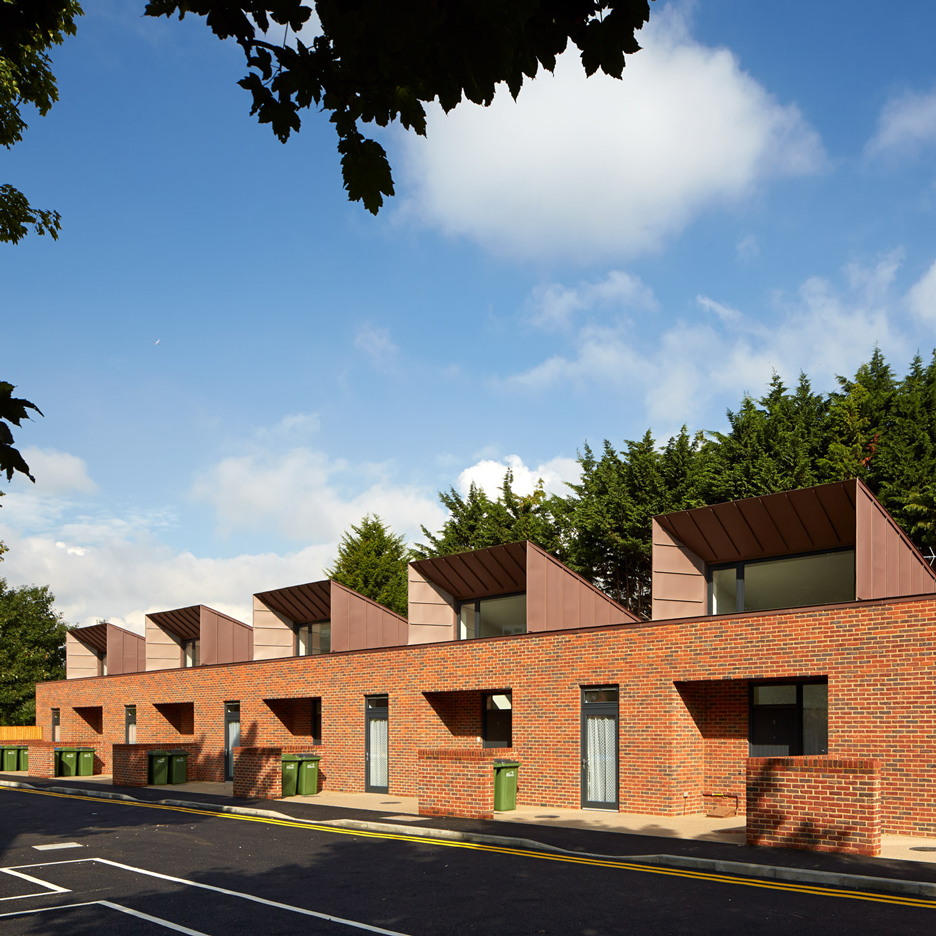 What gave Walter's Way space was the encouragement and expansive provision already enabled by the local authority. To suggest that the same ideas could "solve" anything much in London other than creating unusually fulfilling housing for 20 or 30 Londoners is fanciful. Segal's closest collaborator in these houses, architect Jon Broome, is categorical about this, stating plainly in the exhibition that "I would never pretend that self-build is going to solve the housing crisis". So why are so many people pretending exactly that?

Perhaps because it's something architects in particular, and enthusiasts in general, know they actually can do. They know they won't be designing another Morris Walk. The big stuff – the housing estates, the new districts, the rehousing of thousands – is out of their hands, except in the form of speculative, buy-to-let towers.

But with a co-housing project, a Community Land Trust or a generously funded social enterprise scheme, you can "Do Something". At best you are really just suggesting small pointers to what could be done in less depressing circumstances in future. But let's call these what they are: enclaves.

To really solve the housing crisis would involve resorting to the dark arts of mass housing: scale, industrialisation, universalism. If you can't imagine your method being used to house hundreds of thousands of people in good, sanitary, well-designed housing, then however lovely it is, it's not going to help.

The top image is taken from the Architecture Foundation's short documentary about Segal's Walter's Way.