Each of the small house-like volumes that make up this Copenhagen kindergarten were designed by Danish firm COBE to look like caricatures of homes with peaked roofs as drawn by children (+ slideshow).

COBE won a competition in 2011 to build the Frederiksvej Kindergarten – billed as the biggest daycare centre in Copenhagen – in collaboration with landscape firm Preben Skaarup, engineer Søren Jensen and consultant Learning Spaces.

Named after its location, the building is made up of 11 small house-shaped blocks, organised around two winter gardens. Each of these volumes feature a simple peaked roof and seemingly frameless windows.

"We have worked to create a simple expression, as a caricature of how a child might draw a house," said architect Dan Stubbergaard.

"The roofline for example, is kept uncluttered by means of hidden drains and precise material connections, and the windows are carefully designed to look frameless." 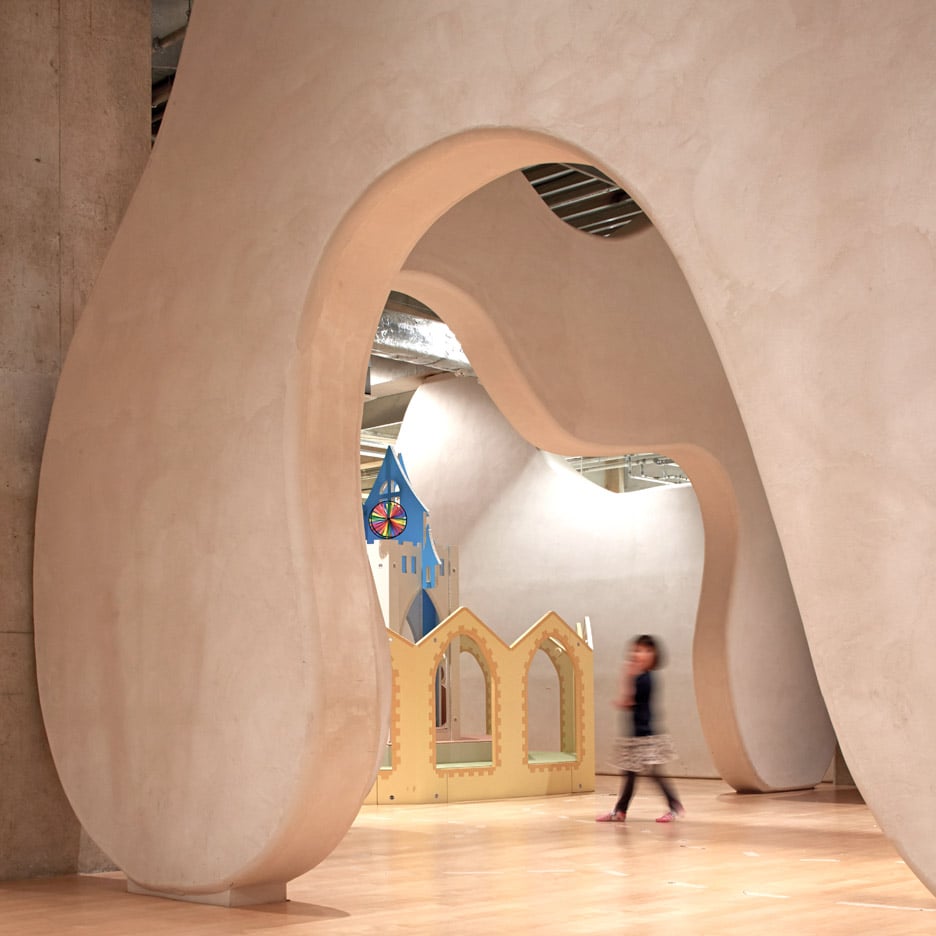 Walls are constructed from metal mesh, allowing natural light entering the building through large skylights to flood the space.

Six additional dwellings located in the playground area are used to store strollers, toys, and tools.

Two atriums are situated in the centre of the complex, and are used to connect the different floors and group rooms.

Slatted black structures contain two winter gardens – one at each end of the kindergarten.

“We wanted to create a kindergarten in a class of its own. A place that provides the best possible settings for our children to grow up in, and promotes their learning and creativity," said Stubbergard.

"Children are our most valuable resource and it is important that they get a good and safe childhood."

"Today there is a tendency towards building bigger and bigger kindergartens," he added.

"But it is important for us to create intimacy and space for the children's small worlds in the kindergarten, where they spend a large part of their day."

"Diversity has been a keyword for the design, and we have created a variety of rooms, which are supporting diverse types of activities for the children in all seasons."

COBE applied a similar vision for their curvy kindergarten in Forfatterhuset, which they designed to appear as a "village for children".

Other projects by the Danish firm include a golden library and an extension to the Red Cross' Copenhagen headquarters.