I was never part of Zaha's inner circle. But we got on well enough to gossip and flirted mildly whenever we met. She never forgot who I was (like Richard Rogers does), or berated me in public (like Rem once did) or blanked me for years over a troublesome story (like Norman Foster continues to do).

She was also by far the most popular person Dezeen ever wrote about; her name was the most searched for and her projects the most visited (Rem comes a distant second).

Only once did I experience anything remotely approaching the infamous "diva" of media legend. It was the first time I saw her in the flesh and it must have been almost 20 years ago. She was giving a lecture somewhere in London and something went wrong with the projector.

She delivered, in her grit-and-velvet vocals, a sharply comedic public rebuke to an innocent underling – whom I think was Markus Dochantschi, now a successful architect in his own right. I remember Markus smirking sheepishly as if this was all part of the territory. I got the impression that the staff mostly enjoyed these minor eruptions. It was all part of the drama; it was all part of working for someone who was making history.

I also remember the lecture, the climax of which was a crude (in hindsight, although it was advanced for its time) computer animation explaining the genesis of some building or other, the grey hull of which was extruded, then warped by mysterious forces, then sliced up and rearranged like tagliata steak. 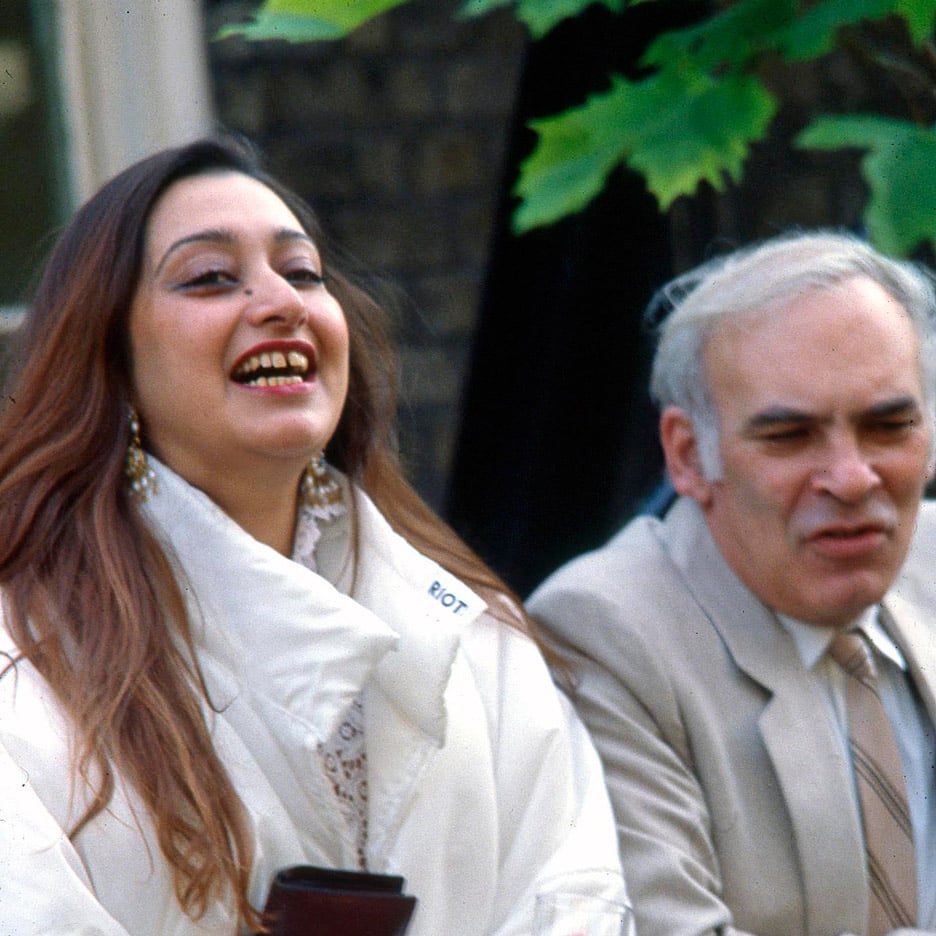 I'd never seen anything like this before. Years before Bjarke Ingels popularised the kinetic diagram as form generator, it suggested a whole new way of not only doing architecture, but of communicating it.

The first of her buildings I wrote about (although I didn't visit it) was the 1999 Landscape Formation One at Weil am Rhein, the pavilion designed for the Landesgartenschau garden festival. I say it was a building: really it was a sinuous, elongated hybrid of building, pathway and landscape that burst from the earth like scar tissue.

I remember one of her team – possibly Markus again – telling me how, when presenting the design to the client, they walked into the meeting with a model of the building teetering in a vase like a strelitzia.

The truth is, the UK wasn't ready for her

I also remember arriving at her Hoenheim-Nord tram station near Strasbourg one chilly morning in 2001 to see the great architectural photographer Hélène Binet – who Zaha commissioned to document all her buildings – hunched under the black hood of her bellows camera like some vintage portraitist capturing the structure's improbably cantilevered concrete prow, which was held up with bright yellow Acrow props. These would be removed later in Photoshop, the project architect casually informed me.

This was Zaha's spiky period, when both her buildings and her demeanour seemed to bristle at the hurt of Cardiff (her competition-winning design for the Cardiff Bay Opera House, which would have been her breakthrough project, but was scuttled by forces of nervous conservatism).

Never mind that the building was perhaps the most timid of her career; it was not timid enough and her legend was assured. Scenting blood, the mainstream media gleefully amplified every strop while the specialist writers, with equal lack of originality, missed no opportunity to berate the UK for failing to commission her to build on her adopted turf. Every interview ran with a variant on the "She's the world's most famous female architect – but why has she never built here?" headline.

But the truth is, the UK wasn't ready for her; not even swinging-again, YBA-infested, Britpop-high London was quite ready for her. She was too original, too brilliant, too female, too foreign, too international; too all-of-those-things-at-once. She was ahead of us, just as she was ahead of the design and construction technology that would later allow her gravity-defying forms to actually stay up.

Meanwhile however Zaha was quietly picking up commissions from clients around the world who were less risk averse, both aesthetically and financially. In spring 2003 the Lois and Richard Rosenthal Center for Contemporary Art in Cincinnati opened, which was then her largest project at the time. It was also the hook for an interview I conducted with her at her Clerkenwell studio, which was published in the June 2003 issue of Icon magazine.

It was the most fun interview I've ever conducted. Zaha was hilarious, playful, candid. It was a performance for the benefit not just of me but her entire office. She was the customary two hours late for the interview but those two hours provided almost as much insight as the conversation itself as she reorganised the paintings on the office wall, took phone calls in Arabic, sipped coquettishly on her Starbucks Frappuccino and teased her staff affectionately.

Later, when we finally sat down for the interview, she spoke about her liberal upbringing pre-Saddam Iraq; about her convent-school education where, as a Sunni Muslim and an Arab, she learned unthinkingly to cross her heart; how, with many of the men off fighting wars, it was considered unremarkable for an Iraqi woman to pursue a career as an architect.

Hers was an international and open-minded culture that sounded light years ahead of the dour London into which she later descended when she took up her place at the Architectural Association. She made it seem as if the Baghdad of her youth was more cosmopolitan and egalitarian – at least for a privileged elite – than London.

Over the following years I saw her mellow into her success, and enjoy it. Her buildings became less spiky (to the extent that she has posthumously been anointed the "Queen of the curve"). She became a beatific presence at dinners and events, smiling serenely and always decorous to the stream of well-wishers and photo-opportunists, despite being a genuine A-lister.

Yet she also seemed increasingly frail, sitting instead of mingling and often not showing up. She happily posed for a photo for me at her lavish summer party at the London Aquatics Centre in 2014 but looking back at the image now, she appears gaunt and aged. As her built portfolio grew in scale and bombast, so Zaha appeared more fragile. I don't know if the two were related, but the pressure of success might have weighed at least as heavily as the pressure of earlier failure.

Zaha was the youngest of the older generation of architects who picked up where Modernism left off, but she ran the furthest with it. She was still running and it is a shock that she was the first to go.

Like a living science-fiction movie, her work introduced the world to new futures that could not otherwise have been imagined and could not be ignored. She gave the world a new formal vocabulary; she has influenced everything from architecture to fashion to industrial design (I recall being given a Nokia phone in 2004 that was directly inspired by her work).