Opinion: designers can't save the world, but even the smallest intervention could help improve the conditions faced by the unprecedented number of refugees flooding Europe, says Richard van der Laken.

Each generation likes to believe that its problems are unique. Generally, history teaches us otherwise. There have always been refugees and they have always suffered. But the current refugee crisis may very well be without precedent.

There is no visible world war, yet we are confronted almost every day by pictures that suggest otherwise – children in tents at the border between Greece and Macedonia, or the winning World Press Photo by Warren Richardson, in which a father passes his child through barbed wire at the Hungarian border.

According to the UNHCR, the number of people that have been forced to flee their homes has reached a post-war peak of 60 million, one third of whom have had to leave their country. That apocalyptic statistic should send shivers down our spine. We believe that the present generation of designers cannot just stand by and watch.

What Design Can Do (WDCD) started the What Design Can Do Refugee Challenge, together with the UN Refugee Agency (UNHCR) and the Ikea Foundation, to call upon designers to come up with bold ideas that help improve the lives of millions of refugees.

Fellow designers have asked whether this competition raises false promises. After all, the crux of the problem is political, and nothing to do with fancy design ideas.

In a recent opinion piece for Dezeen, Dutch design writer Ruben Pater even suggested that this challenge could be harmful for design, and sets designers up in opposition to refugees – designing at them rather than with them. 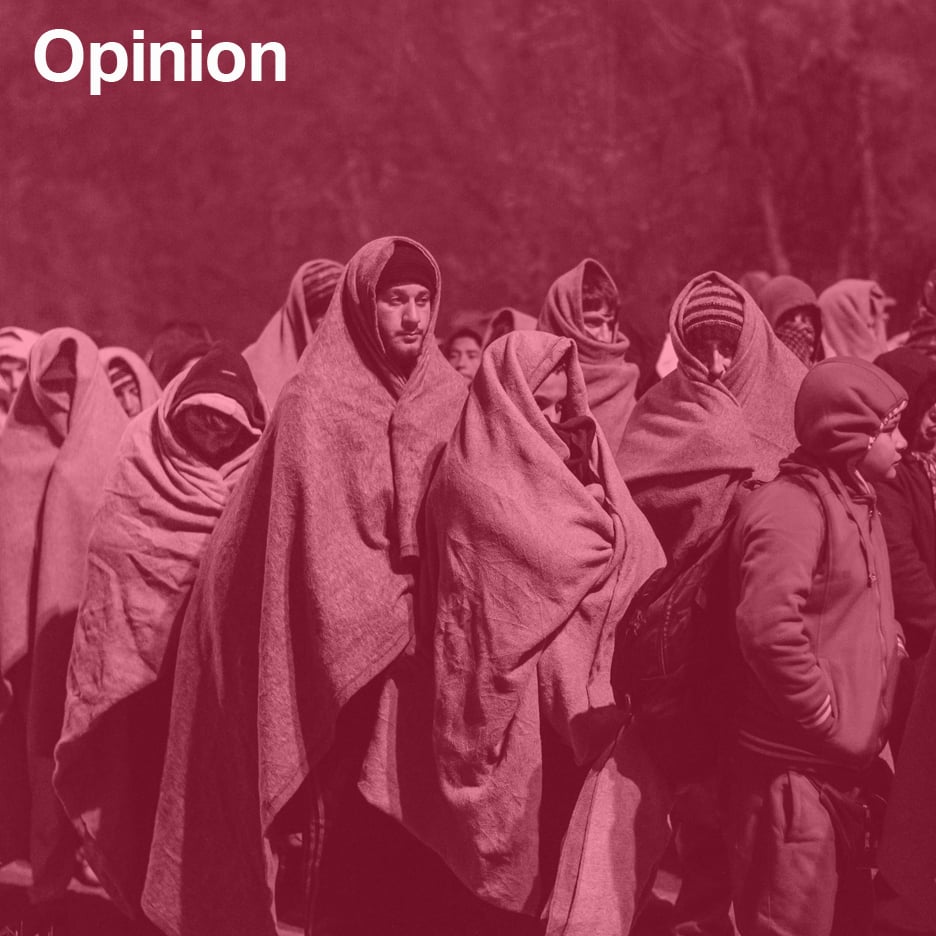 It's a pity that Pater wasn't aware of the extensive research and the five separate briefings this challenge is built upon. We are working closely with the UN's refugee organisation UNHCR. And we are not naive: before we started this, we profoundly considered these issues. We have never suggested that designers are going to solve the problems in the Middle East, nor do we suggest that designers are better than politicians.

But we do believe that the refugee crisis is too big for national governments, too big for NGOs, and too big for the divided European Union. And although it's certainly too big for designers to tackle alone, they can offer something that others cannot.

After all, there is no electoral gain for European politicians to really improve the fate of refugees. Empathy for displaced people doesn't win votes – as German chancellor Angela Merkel found out the hard way in recent regional elections.

Look at the elections last weekend in Austria, where the anti-immigrant candidate wiped away the existing coalition. Nationalist feelings have become persistent and widespread across Europe, and politicians are afraid that improving asylum conditions will attract more refugees.

Without question, the political dimension to this problem limits the scope of the task for designers. But such limitations are nothing new. Quite the contrary in fact, since good design positively thrives on limitations, and designers excel in finding creative solutions and opportunities.

Designers are also great collaborators, accustomed to tackling complex situations together. Given the complexity of the refugee crisis, the question is what can design actually do?

What we hope to achieve is an improvement, however small, to the lives of millions of people. And to restore some of the self-esteem of people who are forced to wait years for asylum in foreign countries, without permission to work, sometimes without access to education, and often limited in their social lives.

Five of the best ideas from the challenge will not only get €10,000 euros each, but will be supported by some of the best designers and humanitarian experts to make the winning ideas really work. We are not just interested in ideas, but in what can be achieved.

The journey undertaken by refugees from their homeland to a safe haven is dotted with challenges, and hence opportunities, in the domains of accommodation, language, safety, transport, physical protection and much more.

What we hope to achieve is an improvement, however small, to the lives of millions of people

We don't think that it is harmful for the image of design that a Dutch designer, Floor Nagler, on Lesbos is turning old rubber boats into watertight bags for a long refugee journey. Nor is Icoon for Refugees, an app facilitating communication without language.

In 2015 Ikea Foundation demonstrated with Better Shelter — a flat-pack design for a living unit — that designers really can improve the initial provision of accommodation.

One of the entries we have already received for the Refugee Challenge proposes a photo press agency by refugees themselves. It revolves around the idea that the pictures refugees take during their journeys should reach the media in a more structural way and in higher volumes, reframing the way the crisis is viewed.

Designers can also help offer the prospect of a brighter future where politics has failed to do so – the prospect of better integration, more humane solutions, greater support for asylum.

In Holland, interior designer Joanne van Vreeswijk is helping a group of locals who act where the government doesn't succeed: finding proper houses for ex-refugees with residence status. In Berlin, the collective Cucula brings together local designers and refugees to make products by celebrated designers, who have waived the rights to allow them to be reproduced. "Don't do something for refugees; do something with them," say those behind this initiative.

At the Democratic Days event organised by Ikea Foundation in Zurich, where the What Design Can Do Refugee Challenge was launched in February, the writer and philosopher Alain de Botton spoke of the power of good design. He paraphrased Stendhal, who claimed that beauty is nothing other than the promise of happiness. La beauté n'est que la promesse du bonheur.

Everybody who flees from war, violence or human rights infringements deserves shelter and solidarity

Everybody who flees from war, violence or human rights infringements deserves shelter and solidarity. Yet the receiving communities are ill-prepared for the sudden arrival of so many people who are often distressed, traumatised, and bereft of all possessions.

What Design Can Do, our organisation and our Refugee Challenge, is not about magic cures. It's about an attitude.

This challenge is a call to action for one, perhaps even two generations of designers who secretly believe that, despite our turbulent past, the present problem is without precedent, or seems so at least.

"Each generation has to solve its own problems", is a common Dutch saying. Let's do that. Or at least, let's make an effort.

Richard van der Laken is founder of What Design Can Do, an annual conference and organisation dedicated to showcasing he work of designers who are effecting social change.

Dezeen is media partner for the What Design Can Do Refugee Challenge, which invites participants to propose solutions to help refugees around the world. The deadline for entries is 20 May. Find out more about how to enter and the judging process »