Proposals for a travelling kitchen and a website that enables refugees to sell their own photographs are included in the five winning projects of the first What Design Can Do Refugee Challenge.

The shortlisted designs were selected from 631 entries that focus on offering services and practical products to improve refugee's lives.

Eat and Meet, the second winning project, was conceived by a multidisciplinary team of architects, interior designers and urban planners.

The project explores an age-old belief that eating a stranger's food is a form of intercultural trust. The team proposed a travelling kitchen as a platform for food events where people of different cultures can share experiences. 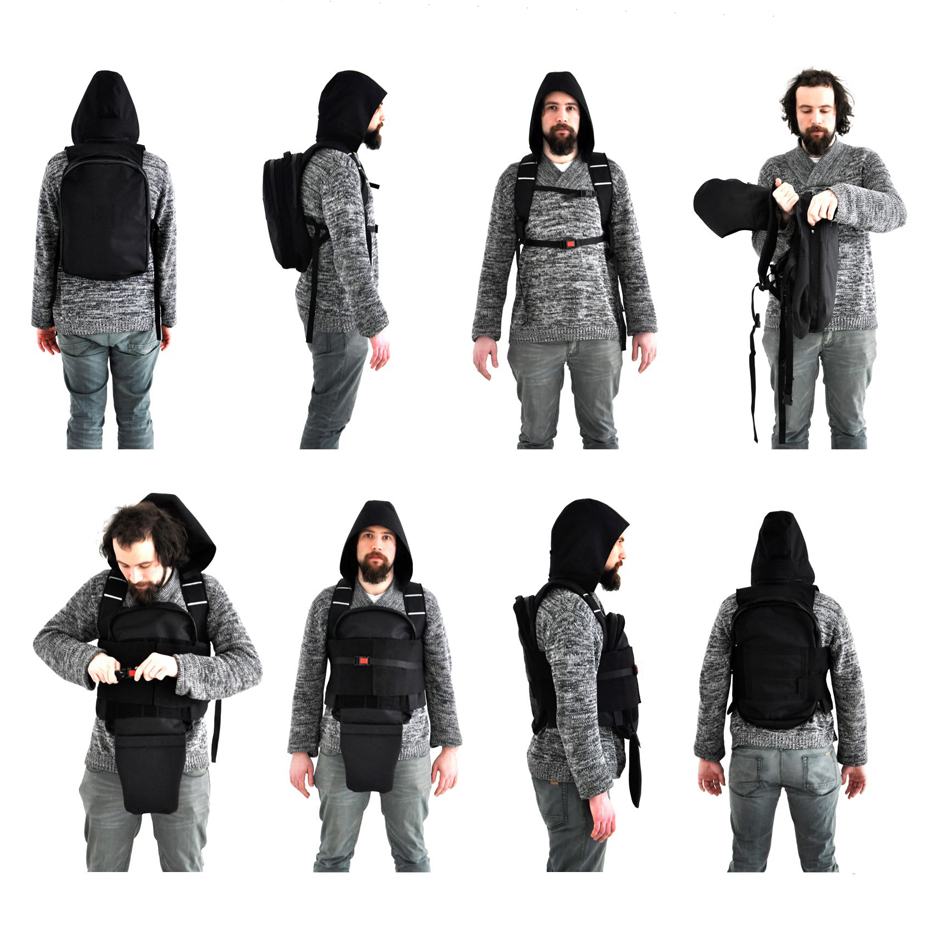 What Design Can Do Refugee Challenge receives more than 600 entries

Another winner, Agrishelter, was described by the jury as a "hipster movement for refugees". It encourages residents and communities to be involved in creating accommodation using locally found materials.

Reframe Refugees is a website enabling refugees to sell their own photographs to media, NGOs, pressure groups and governments. The jury praised its innovation in creating "a service provided by refugees and for the benefit of refugees".

The final winning project, titled The Welcome Card, is a small device that would allow refugees to access their personal information via card readers and password-protected software installed at refugee centres.

This would ensure that refugees without access to smartphones could monitor their asylum application process, while also gaining access to information about their rights in different countries.

What Design Can Do Refugee Challenge leader Dagan Cohen said the entries had offered the jury "few pretty products, plenty of smart services".

"The bulk of entries clearly focus more on ethical and emphatic design and less on aesthetics, demonstrating that service design as a discipline is clearly on the rise," he said.

The UN Refugee Agency (UNHCR) and the Ikea Foundation – the philanthropic arm of the Swedish furniture giant, which was behind the design of its flat-pack refugee shelters – are both supporting the competition. Dezeen is also media partner for the Refugee Challenge.

The five winners were unveiled today by Dutch minister of foreign affairs Bert Koenders at the annual What Design Can Do conference in Amsterdam, which runs from 30 June to 1 July 2016. Each winner will now receive €10,000 (£8,000) to develop their idea into a working prototype.

The Refugee Challenge was launched in February by What Design Can Do, the organisation behind the annual conference of the same name.

"There have always been refugees and they have always suffered. But the current refugee crisis may very well be without precedent," said What Design Can Do founder Richard van der Laken in an opinion piece for Dezeen.

"We believe that the present generation of designers cannot just stand by and watch."

More from What Design Can Do