US firms Lloyd Architects and Louise Hill Design have completed a new barn in Utah for a family that has been farming the same land since the 1800s (+ slideshow).

The building is located on a three-acre (1.21-hectare) estate in the community of Pleasant Grove.

It was passed down within the same family from the time it was first settled, in the late nineteenth century.

The structure that serves as the cornerstone of the operation was completed in 2014. It encompasses spaces for farming and animal husbandry in addition to rooms for non-agricultural uses. 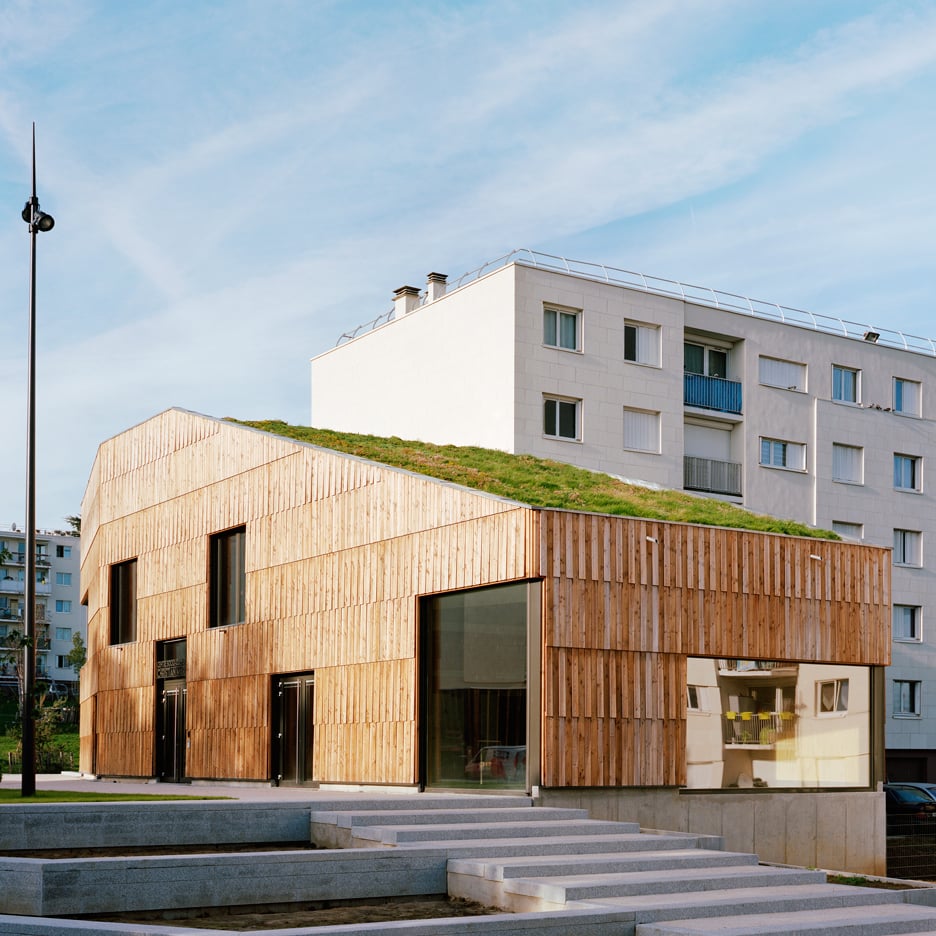 The eastern side of the property is occupied by a double-height barn as well as office spaces for the farm's administration.

On the opposite side, a community kitchen and lounge serve as public spaces for visitors.

Snuck Farm occasionally hosts events such as cooking classes in this area.

Both sides are separated by the central corridor. "The barn balances a living side and an animal side aligned under a long East-West gabled roof form, which is bisected by a high bay drive-through lane and breezeway," said Lloyd Architects, based in Salt Lake City.

Created with Louise Hill Design, the modern barn was completed in a manner that reflects the area's rural heritage.

"The main structure's simple agrarian form and raw materials reflect the simplicity of function and the character of the family that inhabits this place," said the studio.

Pitched roofs and fieldstone walls nod to typical agricultural architecture, and most of the building's finishes are wood both indoors and out.

Other projects in the state of Utah include a spiritual retreat that was built using gabion cages filled with volcanic stones and a studio created by University of Colorado students, which they live in for part of the year.

Photography is by Mark Weinberg.