Kengo Kuma & Associates has designed a kindergarten in the Japanese city Saitama with a series of roofs that pitch steeply in opposing directions.

The kindergarten, named Aitoku Hoikuen, is located in a residential district of Saitama, around 25 kilometres north of Tokyo, and contains facilities for 150 children.

To help visually fragment the scale of the two-storey building, the Japanese studio led by Kengo Kuma topped the building with a series of angled roof plains that break it up into smaller chunks.

Striped facades, made up of alternating lengths of pale wood and grey cladding with glazed inserts, further reduce the impact.

"In formulating the design, we assembled small houses to make a big two-storey house closer to a human townscape," explained the studio.

"Each roof is pitched differently in order to express natural sequence from the landscape of the town."

Inside, dark wood panelling lines the walls, seating alcoves and floors. Huge white fabric lampshades are suspended from the ceiling of both classrooms and hallways, where they hang among exposed pipework and beams.

"The interior is made with wood and fabric, which can help to create a gentle and varied space," said the architects.

The exposed pipework and the metalwork of the roofs lend the building a semi-industrial aesthetic.

Kengo Kuma ranked at number 4 on Dezeen Hot List, a guide to the most-talked-about architects, designers and institutions of 2016.

The architect's past projects include a Shanghai tower covered in pleats of aluminium – which made it into Dezeen's top 10 skyscrapers of 2016 – and a Chinese spa resort with pixellated stonework. 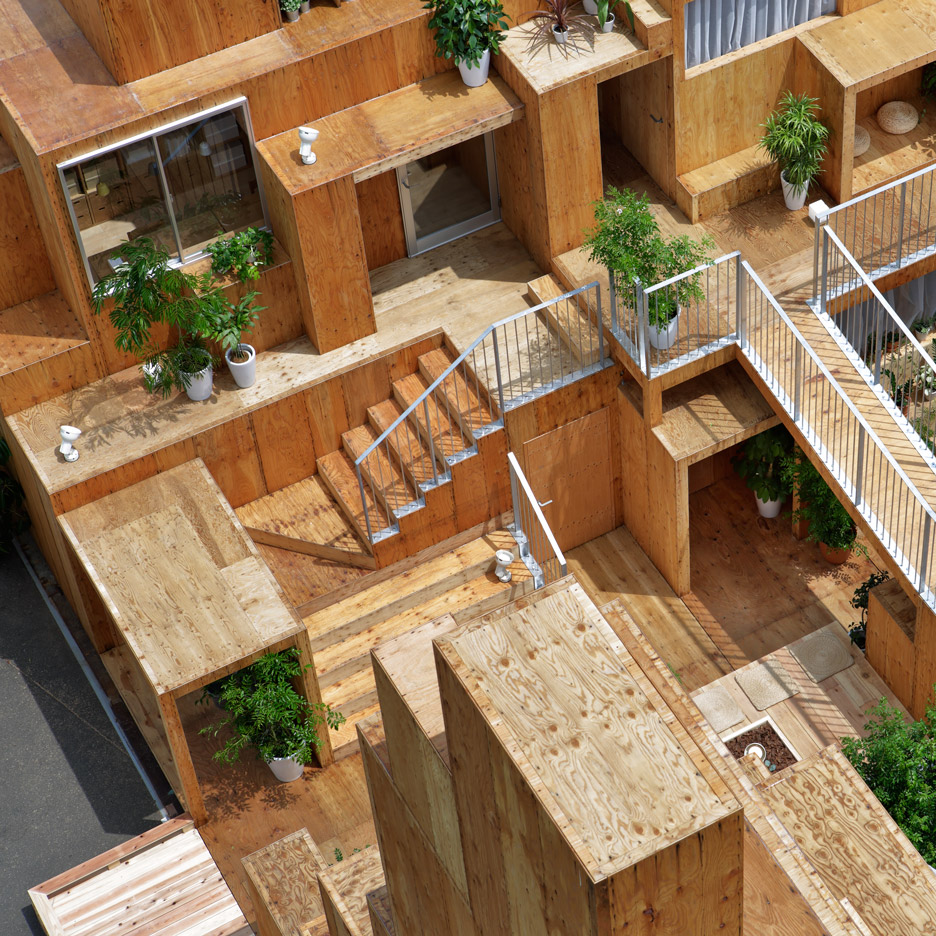 Photography is by Katsumasa Tanaka