Romanian designers say they are about to storm the world stage – and they're not going to let the lack of home-grown brands, manufacturers or heritage stop them.

Speaking to Dezeen at the IMM Cologne fair earlier this year, young designers from the eastern European nation said their inexperience would not hold them back.

"A couple of us youngsters decided it was time for us to do something on an international scale," designer Mihnea Ghildus told Dezeen.

"We're finally ready for this market."

Among Romanian brands exhibiting in Cologne was Ubikubi, founded by designer Dragos Motica, who said that the ability to make something out of nothing is what defines the Romanian design aesthetic.

Motica agreed that his country's design scene is "slowly but surely taking shape" and that the lack of sophistication in Romanian products is their greatest strength. He described the local style as "clumsy, simple, innocent but honest".

"In all these products it is quite easy to observe some ingenuity and innocence, that are materialising in some simple and honest objects,"  he said.

The Bucharest-based designer kickstarted his own career with a concrete lamp that is supposed to be smashed. His brand's latest offerings include a lamp that is turned on and off by moving a metallic sphere from one indentation to another.

According to Motica, the Romanian design scene had struggled in the past because there weren't enough manufacturing resources to support the country's young designers. But brands like his, which keep prototyping and production in-house, are changing that.

Romania's cultural identity has been building ever since it broke away from communist rule until 1989.

Located in southeastern Europe, the country was under a suppressive regime for 47 years. As a result, residents were placed under severe austerity measures, which squashed flourishing art and design groups.

Its transition back towards democracy and capitalism resulted in an economic boom in the 2000s, and encouraged the growing middle and upper classes to invest in design. This cultural revival will see the country host the European Capital of Culture in 2021 in Timișora, a city in western Romania.

As part of Romania's cultural resurgence, this year IMM Cologne invited the country to exhibit as part of a segment established for companies that are too small to have their own stand.

After successfully exhibiting in previous years, Romania was one of the top 10 exporters in the section, which also includes India, Indonesia, Bosnia and Herzegovina, Bulgaria, Croatia, Taiwan, Russia, Moldova, Kosovo and Ukraine.

Both Ghildus and Motica were exhibiting as part of the 14 designers representing the country's national pavilion.

"We are exploring and discovering a lot of new things," Ghildus explained.

"The Romanian design identity is very versatile. There's a saying in Romania that we can make something out of nothing and make it work as well."

Since 2013, Romania's fledgling design scene has also been boosted by Romanian Design Week, a small but growing festival that takes place in the capital city Bucharest each May.

Mihai Gurei, who curated the craft design section of last year's Romanian Design Week, said the annual exhibition has pushed local designers to think critically about the market for their designs, in preparation for global design events.

"I am pretty sure that next year you are going to see Romanian designs at international fairs in Paris or Milan, that's for sure, I can guarantee you," he said.

Although admitting the design scene is "still at the beginning", Gurei, who runs a design store in Bucharest called Intro, claims that Romania's craft-driven aesthetic taps into the growing international interest in the use of natural materials in design.

Cork, ceramic and wood are popular materials among local designers, along with a focus on contemporary updates to traditional Romanian craft, Gurei said.

"In Romania you still cannot create products in plastic, because we still don't have manufacturing for plastics, so you'll see mostly natural materials," he said. "But this is a good thing for us, because it goes with international trends."

"There is a lot of enthusiasm, some traditional influences, and also an aim to align to international tendencies," he continued. "It is shifting fast and is trying to adapt to local customers' craving for new trends."

The success of the design week has also helped to change the perception of design in the country and expose the designers to a growing local audience, Gurei added.

"Until 2013 there was no feeling regarding a local design scene," he said. "The general public was not aware there were Romanian products available on the market, and young designers were thinking that it was impossible to start a career in Romania."

"But there is more pragmatism now, the quality improved a lot, and more people are starting to work in the design field," he added. "We have now local brands and smaller manufacturers willing to collaborate with designers."

Gurei also noted that the capital has seen a rise in the number of co-working studios that have offered the design community tools and spaces for collaboration.

One example is NOD Makerspace, billed as a "playground for young designers to use different tools and create things". Its services include 3D printing and furniture production.

The company is based in Bucharest, but is considering opening branches around the country.

"The emerging of NOD Makerspace project one year ago is the proof that interest in design culture is increasing," said assistant manager Irina Mocanu.

These new facilities are encouraging the country's young designers, many of whom move abroad to study, to bring their talents back home.

Among them is architect-turned-fashion-designer Ioana Ciolacu who studied at London College of Fashion before working in the UK capital for world-renowned designer Stella McCartney.

Ciolacu moved back to Bucharest to make the most of the low cost of production after finding it "almost impossible" to establish her own brand in London.

"I realised production is really nice in Romania," she said. "I can actually see [the process] and the people I am working with. Prices aren't that high, so I can sell cheaper."

One Romanian designer who has already burst onto the global market is Cosmin Cioroiu. He co-founded Oslo-based product design studio Noidoi, which has showcased at Stockholm Furniture & Light Fair, Milan design week and NYCxDesign.

Although aware that Romanian design will face tough competition at an international level, Cioroiu believes there is a positive future ahead in the hands of its ambitious designers.

"There is a certain hunger in Romanian designers and the brands to come on the market, and they want that," he told Dezeen. "The scene is at its beginnings, but it is blooming. I am excited to see what happens next." 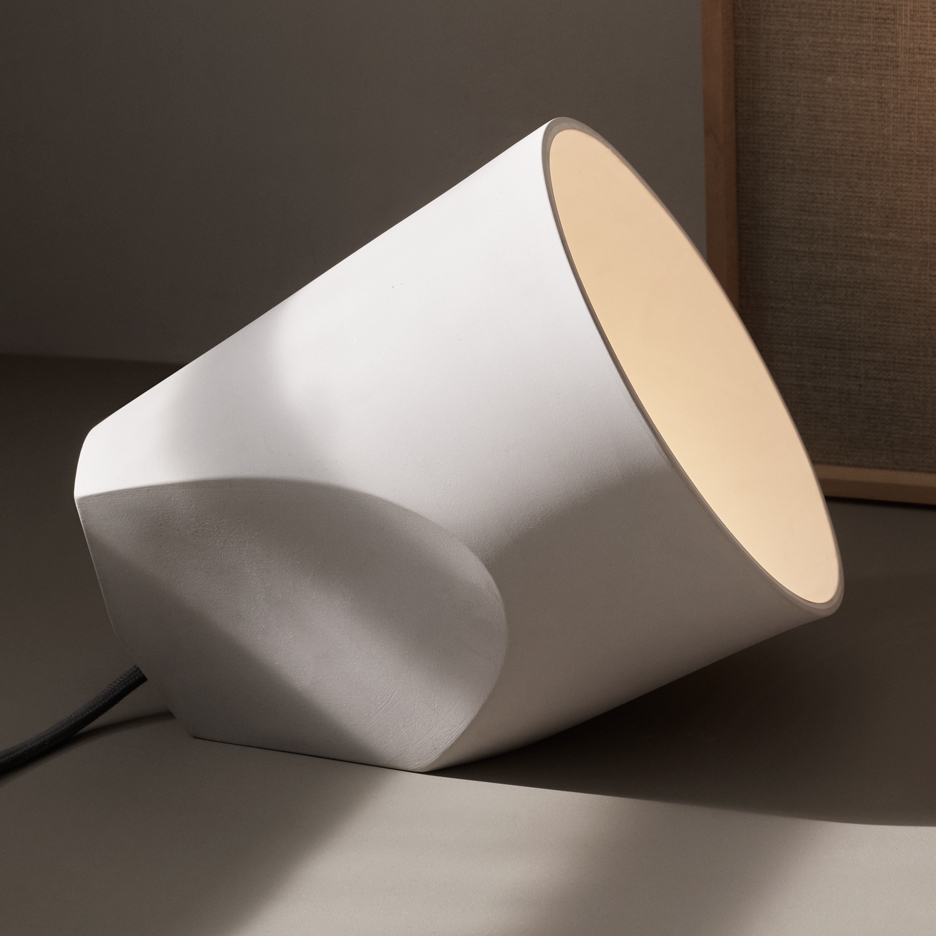 Seven designers helping to put Romanian design on the map