French designer François Bauchet used a composite material made from sand, resin and concrete to create this furniture collection for Galerie Kreo, which features clover-shaped details.

The Azo collection is a continuation of Bauchet's research into forms and materials. The long-term project previously saw the designer create a collection, named Cellae, using resin-soaked felt.

For Azo, he developed a material made of sand, resin and concrete – using it to create blocky tables, benches, consoles and side tables.

The mineral composite is poured into moulds and reinforced with honeycomb panels and fibreglass.

Each item, designed for Galerie Kreo, is made up of two main elements: a "clover-shaped" column, and a plain blocky surface.

The clover-shaped columns are placed vertically or horizontally and used as legs to support the flat plane.

For Bauchet, the shape of the clover epitomises his preference of using "simple and free" shapes, as opposed to controlled and regular forms.

He named the collection Azo in reference to the azoic seabed that is comprised entirely of mineral composites with no organic remains.

"The clover shape is emblematic of simple and free shapes as opposed to controlled and regular forms," he told Dezeen.

"The angular and precise details coupled with the flowing clover forms come together to compose pieces which are simultaneously sinuous and linear," he added. 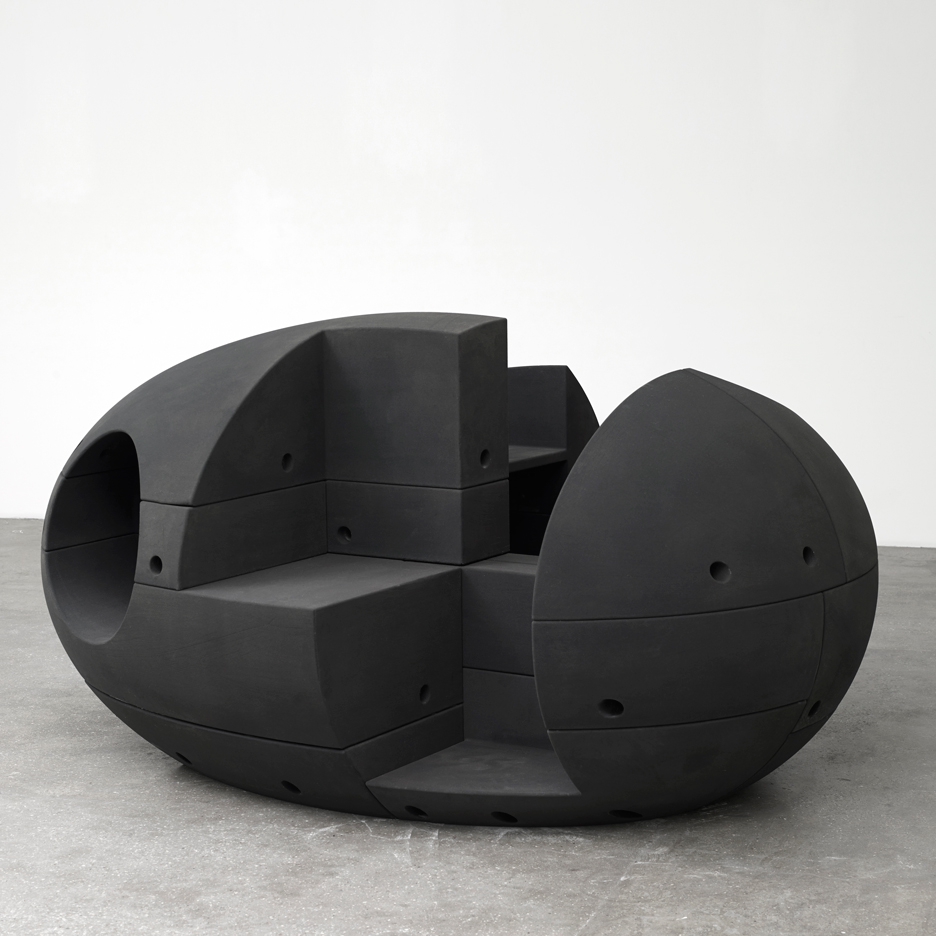 The Azo collection is available to view at Galerie Kreo's upcoming exhibitions in Paris from 16 February till 12 May 2018, and in London from 22 February till 19 May.

Galerie Kreo has been collaborating with Bauchet since 1999, and has previously worked with other designers including Konstantin Grcic on a range of seating based on furniture in 15th-century Italian artworks, and with Jaime Hayón on a series of sports-themed furniture.