A trio of timber-clad bungalows by TRIAS Architects form Three Piece House in Stockton, Australia, which is raised on a reclaimed brick base to protect it from the sea.

Sydney-based TRIAS Architects designed Three Piece House for a family in New South Wales as a simple, single-storey dwelling close to the coast, where there are flood controls.

The whole complex is unified by a material palette that the architecture studio describes as "robust and resilient, raw and rugged", in reference to the windswept coastal site.

Radially-sawn silvertop ash was used to clad the structures, giving them an a corrugated appearance that contrasts with the dark red masonry base, chosen by the architects to colour-match the "rusted red of passing ships".

All of these bricks were reclaimed from a 1940s bungalow that once occupied the site, and form not only the base but also flooring and furniture elements.

"This gesture is both inherently sustainable and an act of storytelling," said the architecture studio. "The new home rests upon the bones of the building before it."

Three units containing bedrooms, living and studio spaces sit skewed on their site, following the plot's boundaries and turning inwards to create a greater sense of privacy on this exposed corner plot.

"The main house is composed of two pavilions – one for living, and one for sleeping," explained the architecture studio. "A reading corridor, which bridges between, faces out to the garden, and in winter is bathed in northern sun."

A studio stands separately to the north of the main house, on the other side of a garden that weaves between all of these spaces, loosely forming two courtyards – one wrapped by the main house and the other sitting to the rear of the studio. 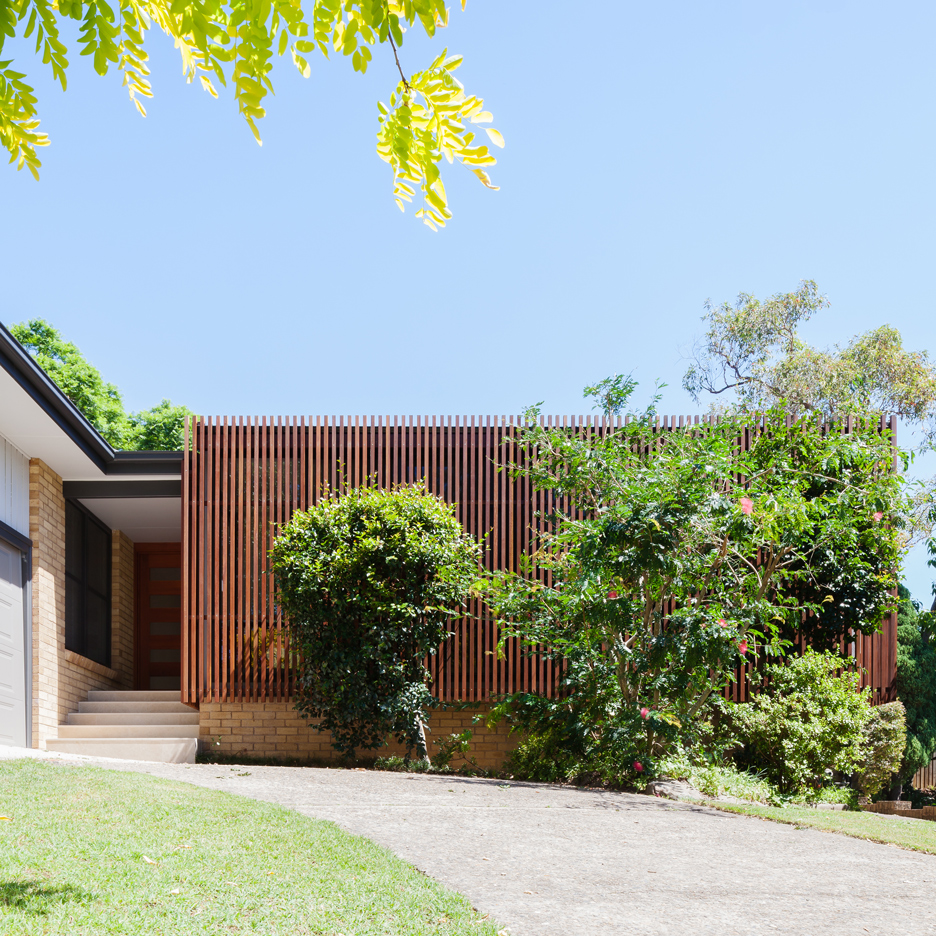 "The two main courtyards have distinctive characters: one is extroverted and public, the other introverted and private," added the studio.

Interiors have been kept modest, with compact proportions but high ceilings, carefully chosen openings and corner windows that create a connection with the surrounding gardens.

Practical yet aesthetic details include pendant lights, brass elements and a tiled bench for washing.

TRIAS turned to similar concepts of robust and resilient materials in their design for a writer's retreat in Snowdonia, Wales. This slate-clad box used materials local to the site, and befitting of its occasionally harsh, windswept setting.