Atelier Villemard et Associés used a structural grid of exposed concrete to define the exterior and interior of this student housing block on the outskirts of Paris.

The nine-storey residential block in Champs-sur-Marne centres around a full-height atrium.

This housing scheme by Atelier Villemard et Associés is the latest addition to the Campus Descartes.

The campus is one of the French capital's sustainable city clusters and includes parts of the Paris-Est Marne-la-Vallée University (UPEM).

A total of 207 rooms wrap around the atrium, which is topped by a series of skylight.

Rather than have the bedrooms overlook this space, a corridor on each level separates the two and creates a communal access route for residents.

On each level the floor plan has been kept one-room deep, providing each bedroom with a private balcony looking out to view across the landscape.

The structure's concrete frame acted as a shell into which prefabricated bathroom, balcony and wall were inserted. Each floor took just 10 days to complete.

At ground floor level, this atrium is surrounded by communal spaces, such as a café, gym, laundry area and bike parking.

These areas are a space between the private bedrooms and the city outside where students can socialise and go about their lives.

The nine-storey scheme sits among the EISEE School of Engineering designed by Dominique Perrault in 1987 and a School of Architecture designed by Bernard Tschumi in 1999. 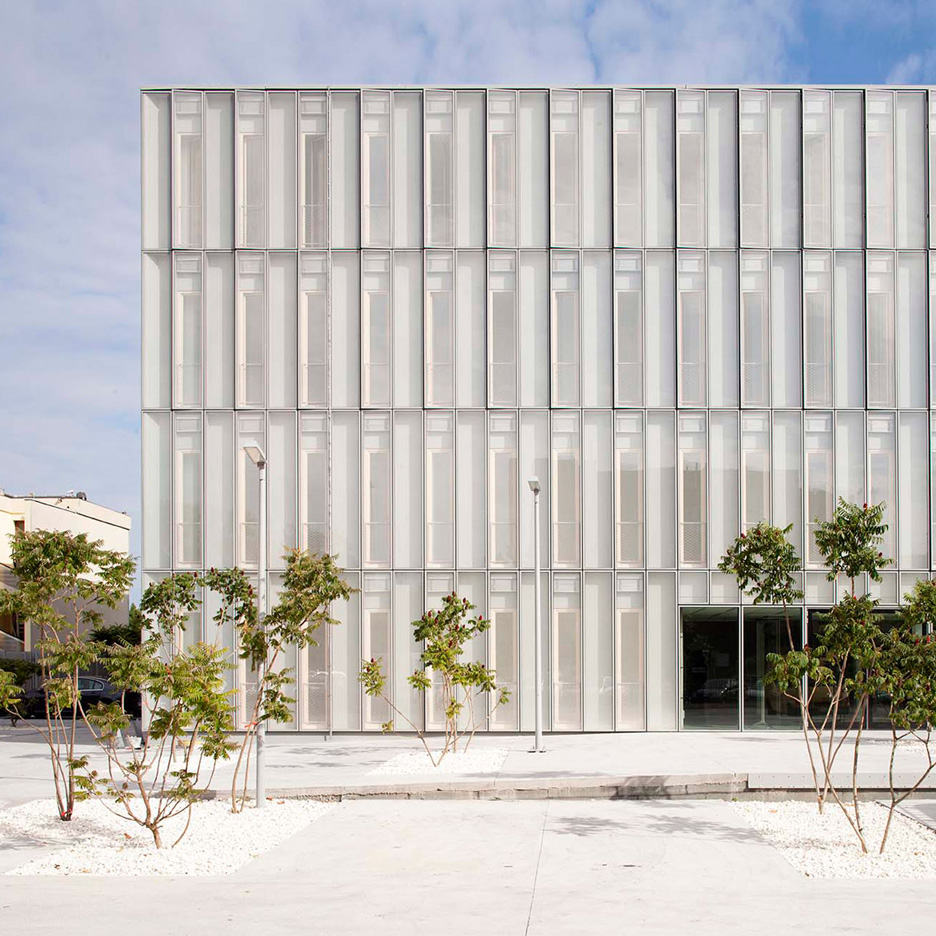 Atelier Villemard et Associés decided to respond to these existing forms and create a new focal point for the campus.

"With its localisation and its exceptional interiority, the building represents a new landmark," said the studio.

"Its strong form responds to the nearby School of Architecture by affirming a radically simple yet imposing volume."

Atelier Villemard et Associés was founded by architect and urban planner Jérôme Villemard, who was previously a founder of Parisian firm BVAU.

A grid was also used for another student housing project by Hamonic+Masson Associés, which features a golden facade of private balconies.

Photographer is by Clément Guillaume.