The envelope stamped with the red letter M, which has featured in every Gmail logo since its launch in 2004, has been abandoned as part of a new simplified, multi-coloured brand identity for Google's G Suite tools.

While the M remains, set on a transparent backdrop, the letter itself is chubbier with only the central two strokes rendered in red.

The design now includes all of Google's four signature colours, with blue and green used to accent the vertical stems on either side and a splash of yellow dotted in the top righthand corner.

Other tools, including Google Calendar, Meet, Drive, Docs, Sheets and Slides, have also seen their logos overhauled as part of a wider rebrand of the company's G Suite offering under the name Google Workspace.

These, too, will be reduced to streamlined outlines rendered in all four of the company's primary colours, bringing them much closer to Google's other minimal, four-colour logos, from the pared-back location pin of Google Maps to the pinwheel of Photos.

According to Javier Soltero, vice president and general manager of Google Workplace, the unified identity of these different tools is emblematic of the increased synergy between the apps themselves.

"10 years ago, when many of our products were first developed, they were created as individual apps that solved distinct challenges – like a better email with Gmail or a new way for individuals to collaborate together with Docs," he wrote in a blog post.

"Over time, our products have become more integrated, so much so that the lines between our apps have started to disappear."

Under the Google Workspace umbrella, the company is now attempting to create an even more seamless experience of using these tools together, with new functionality allowing users to work across multiple different apps without needing to change tabs.

This includes the ability to preview the content of a Google document within an email and the integration of a Meets window into Docs, Sheets and Slides, so that users can present a document during a video call while still being able to see those who are on the other end of the line. 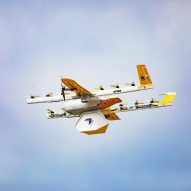 The new functionality is set to be rolled out to users over the coming months, in the hopes of fostering a more efficient remote-working environment in the face of the Covid-19 pandemic.

"This is the end of the 'office' as we know it," Soltero said. "From here on out, teams need to thrive without meeting in person, protect their time to focus on the most impactful work and build human connection in new ways."

Earlier on in the pandemic, Google used its drone delivery system to transport food, medicine, toilet paper and other essentials to people in Virginia who were unable to leave their house due to the lockdown.