We are at the beginning of a global energy crisis. Our polluting energy system based on finite fossil resources is destroying our planet and threatening its inhabitants.

The news is overflowing with reports of planetary destruction by humans, fossil fuels and geopolitical conflicts, all closely tied to a damaging energy system that has no future. The IPCC report (AR6, 2022) shows that human-induced climate change is causing serious global disruption and poses a major risk to the wellbeing of people and the planet.

Her powerful rays are calling us louder than ever, because we have reached a critical point

The war in Ukraine is putting extra pressure on the energy system; due to the conflict with Russia, Europe has limited access to gas. Rising energy costs are rapidly increasing the cost of living for all, potentially pushing many people into poverty.

Yet, here we are. All under the same sun that nourishes us every day. Her powerful rays are calling us louder than ever, because we have reached a critical point. The current energy system has become untenable on all fronts: economically, socially and environmentally. Fortunately, there is a hopeful alternative at our fingertips.

For the first time in our history, solar energy is the cheapest source of electricity for most major countries. This begs the question: why isn't solar energy widely used and embraced by society yet? In order to accelerate the energy transition and make it accessible to everyone, it is crucial that solar energy becomes a self-evident and natural part of everyone's daily experience.

What does it take to achieve this shift? The predominant narrative surrounding solar energy focuses on technical and economic considerations, such as efficiency and payback time. This one-sided, technocratic perspective leaves no room for human and cultural values, limiting the social acceptance and full potential of solar. 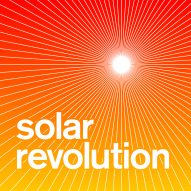 It is time to create space for wonder, design and imagination. Room for pioneers who bring the human dimension back to the drawing board. Room for aesthetics, engagement and interaction. So that we can create meaningful and emotional relationships with solar energy.

Through solar design we can generate a more inclusive and holistic solar narrative. For most people, thinking of solar energy evokes blue reflective panels on roofs, a bulky technology that turns sunlight into electricity. Many people consider them ugly and that's not surprising since most of the technology consists of "one-size-fits-all" panels that are "stuck" onto existing surfaces.

As solar designers, we are fascinated by the sun and solar energy. Yet we are also concerned about how solar is integrated in our everyday environment. It is more often an afterthought than an integral and essential design element. For example, solar panels tend to be the first thing that is omitted when designing a new building for cost reasons, and working with solar energy is not a regular part of the curriculum in design education.

In our creative world, however, a solar panel can be soft and inviting to touch like a textile or colorful and full of narrative like stained glass. So yes, technical and economic factors like efficiency play an important role, but making something meaningful requires a much more holistic approach.

Among other things, we take into account the material aesthetics, the qualities of interaction and cultural values that solar has to offer. Imagining and creating a solar future that we would all like to live in is not just a technological or economic issue, it is also a matter of design. Now is the time to design that solar future.

This is why we initiated The Solar Biennale, taking place for the first time from September 9 to October 30 in the Netherlands. For seven weeks, the biennale focuses on the human angle, because a solar-powered world goes beyond scientific research and uniform solar panels, after all. Cultural practices and place-specific energy needs also determine how the post-carbon future will develop. 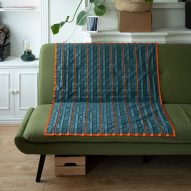 With a Solar Seminar, a Rotterdam city program, educational Solar Labs and an extensive main exhibition, the biennale presents a new and inclusive view of solar energy that evokes wonder, design and imagination. The Solar Biennale looks at the big theme of solar energy through five lenses, each manoeuvring beyond efficiency in their own way: personal, social, spatial, environmental and virtual. Its program is run in collaboration with various locations, organizations and designers such as Het Nieuwe Instituut, ParX, Studio Roosegaarde, Boijmans Van Beuningen, Next Nature Network.

The Energy Show – Sun, Solar and Human Power exhibition at Het Nieuwe Instituut, curated by Matylda Krzykowski, forms the heart of the biennale. It presents the cultural, social and ecological perspectives of solar technology in a chronological way, reflects on the personal energy level of the visitor and shows dozens of innovative examples.

With the diverse program we show the many opportunities for solar designers to get started and we call for action. Through the interactive "Sun in the City" program, The Solar Biennale goes into the city of Rotterdam to inspire its residents outside on the street, where the sun shines and people meet, and to involve them in an accessible way in solar energy and the energy transition. If you would like to learn how to become a solar designer yourself, you can join one of the labs where we treat solar as a material and work hands-on.

Solar panels no longer need to be black and blue, bulky or placed far out of sight

All in all, the biennale shows that solar panels no longer need to be black and blue, bulky or placed far out of sight. In fact, solar has the potential to get very close to us. Like the rays of the sun, solar surfaces and objects can engage our senses and imbue our experience of the world with meaning.

Our mission does not stop at the biennale. In addition to an extensive program, the biennale also heralds the start of The Solar Movement: an international network of people who want to contribute to a future built with solar design. The basis of this movement is a Solar Manifesto and a series of Solar Principles that serve as guidelines for solar designers, so that solar design as a discipline can become more widespread.

Let solar design get under your skin and feel the solar energy flowing through your body. We invite you to help design a solar future: join The Solar Movement!

Marjan van Aubel and Pauline van Dongen are Dutch designers who specialise in experimenting with solar and have masterminded The Solar Biennale. Van Aubel's new book, "Solar Futures: How to design a post-fossil world with the sun" explores how solar technology can become solar design.

The Solar Biennale runs from 9 to 30 September, taking place at the Het Nieuwe Instituut and other locations in Rotterdam. To find out more, see Dezeen Events Guide.

The top image shows the roof of the Dutch pavilion at Dubai Expo 2020, designed by van Aubel, which incorporated stained-glass-like photovoltaics.