OOPEAA has won the 2015 Finlandia Prize for Architecture with Puukuokka – the tallest wooden apartment block in Finland and one of the first high-rise examples of prefabricated cross-laminated timber construction in the world.

Completed earlier this year in the Jyväskylä suburb of Kuokkala, the eight-storey apartment building was built from prefabricated modules of cross-laminated timber (CLT), which studio founder Anssi Lassila said were "plugged in like Lego pieces".

These lightweight modules provide the building's main structural framework. Compared with typical concrete constructions, they can be installed in half the time, with far fewer delays caused by weather. 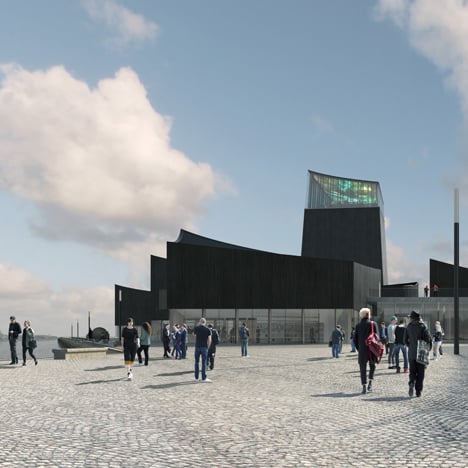 Puukuokka becomes the second winner of the Finlandia Prize for Architecture, which recognises the best new building either in Finland or by a Finnish architect.

It was selected by composer Kaija Saariaho, who described it as "a building that I felt most comfortable in with all my senses".

"I chose Puukuokka as the winner because it demonstrates values that I appreciate in life as well as in architecture: it is a courageous and ambitious work that brings together an exploration of new possibilities for building and construction, a humane sensibility, and a quest for ecological solutions as well as a strive towards better quality of life," she said.

OOPEAA was awarded the prize today at a ceremony at the Media Centre Lume in Helsinki. 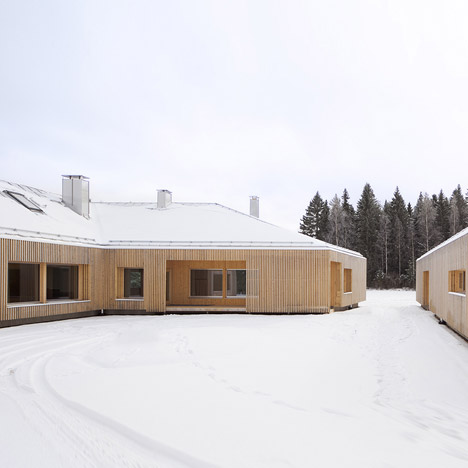 House Riihi by OOPEAA shelters a courtyard from wintery gusts

Formerly known as Lassila Hirvilammi Architects, OOPEAA has offices in Seinäjoki and Helsinki. Past projects by the studio include the slate-clad Kuokkala Church in Jyväskylä and the wooden House Riihi in Ostrobothnia.

The prize was launched by the Finnish Association of Architects in 2014 to promote the value of high-quality architecture.

The first winner was the Museum of the History of Polish Jews in Warsaw, Poland, by Helsinki firm Lahdelma & Mahlamäki Architects.