This week on Dezeen, artist Tracey Emin controversially announced plans to move her studio from London to the Kent coast.

British artist Tracey Emin cited the planning rejection of her proposed David Chipperfield-designed extension as reason for the move, claiming she is "not wanted" in London.

In other news, Rem Koolhaas spoke to Dezeen about giving the international offices of his architecture firm OMA independence from the head office in Rotterdam.

In the US, Miami firm DOMO Architecture + Design revealed renderings that show a series of landscaped features along the border between the country's border with Mexico instead of a fence or wall.

Bates Smart unveiled a light-filled replacement for its Australian Embassy in Washington DC.

After rebranding its self-driving car project, this week Google unveiled the first vehicle under the new name of Waymo: a driverless Chrysler minivan.

In the latest Brexit news, it emerged that the EU referendum result has led to a "brain drain" of teaching staff, and a drop in student numbers at the UK's architecture and design institutes.

A charity that invites high-profile figures to speak in schools around the UK called for more leading architects and designers to participate.

In our latest article in collaboration with Haworth, the office giant found that higher education institutes around the world are undergoing radical change as they swap old-fashioned lecture rooms for flexible learning spaces.

Continuing our review of the year, we published our top 10 interiors of 2016, along with Dezeen's most-liked Instagram images, and the year in 10 graphics and illustrations.

Popular projects this week included David Romero's colour visualisations of a pair of demolished Frank Lloyd Wright buildings, a birch-lined garden studio and a Sydney house with a concertina roof. 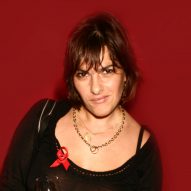