British street artist Banksy has created a limited-edition print that he will send to those voting against the Conservative party in the UK election.

The print is based on his Girl with a Balloon artwork, but what was previously a red heart-shaped balloon has been replaced with a Union Jack flag pattern.

Update 6 June 2017: Banksy has recalled the free print promotion, having been warned that it could "invalidate the election result". More ›

Banksy announced on his website last week that he will be offering the print to registered voters in the Bristol North West, Bristol West, North Somerset, Thornbury, Kingswood and Filton constituencies who vote against the Conservative party on 8 June. Five of the six electorates have Tory sitting members.

He instructs voters to send in a photo of their marked ballot paper as proof that they voted against the Tory party and, in turn, the complimentary print will be mailed out to them.

But critics on the artist's Instagram account pointed out that this could be considered illegal and would end up "counterproductive if votes cast are disqualified".

The Electoral Commission discourages the taking of photos inside polling stations, even though it is not specifically prohibited by law, to protect the secrecy of votes. It is also illegal to reveal how someone else has voted.

An Electoral Commission spokesperson warned voters against taking part in the giveaway, telling the BBC, "Given the risk that someone taking a photo inside a polling station may be in breach of the law, whether intentionally or not, the commission's advice is against taking any photos inside polling stations."

A "lawyer's note" at the end of Banksy's announcement states that the print is intended as campaign material that offers no monetary incentive to vote a certain way. It reads: "This print is a souvenir piece of campaign material, it is in no way meant to influence the choices of the electorate, has no monetary value, is for amusement purposes only and is strictly not for re-sale. Terms and conditions to follow, postage not included."

Conservative prime minister Theresa May called the snap election ahead of the start of Brexit negotiations – which are expected to begin 11 days after polling. The winning party will oversee the UK's departure from the European Union, a process expected to take in the region of three years.

Currently, Labour has been the only political party to specifically mention the architecture, design and art industries in its election manifesto and claims it will give the sectors a voice at the Brexit negotiating table. 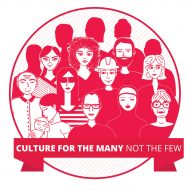 "Unlike the Tories, we will make sure the Secretary of State for Culture, Media and Sport is represented on the Brexit cabinet committee – so that our creative industries have a voice in government on the crucial decisions that will affect the Brexit negotiations," it says.

Banksy, who is known for his politically charged works, recently opened an "all-inclusive vandals resort" in Bethlehem, five metres from the wall that separates Israel from the Palestinian West Bank.

He recently unveiled a mural in the English town of Dover, showing a worker chipping a star away from the European Union flag.

Previous works by the artist have included the temporary "bemusement park" of Dismaland in Somserset, the remains of which the artist eventually transferred to Calais.