London-based Bompas & Parr created the Glow-in-the-Dark Sushi bar at Mother of the Nation, a festival that took place in the UAE capital from 9 to 18 December 2021.

By combining ultraviolet light with bioluminescent ingredients, the designers were able to create sushi dishes and cocktails in an array of lurid colours.

The menu included fluorescent pink nigiri, and maki in shades of electric blue and neon green.

The effect was created by using black light, a type of UV light that emits ultraviolet radiation.

According to Bompas & Parr, around 15 per cent of all minerals are capable of emitting vivid colours when subjected to this light. 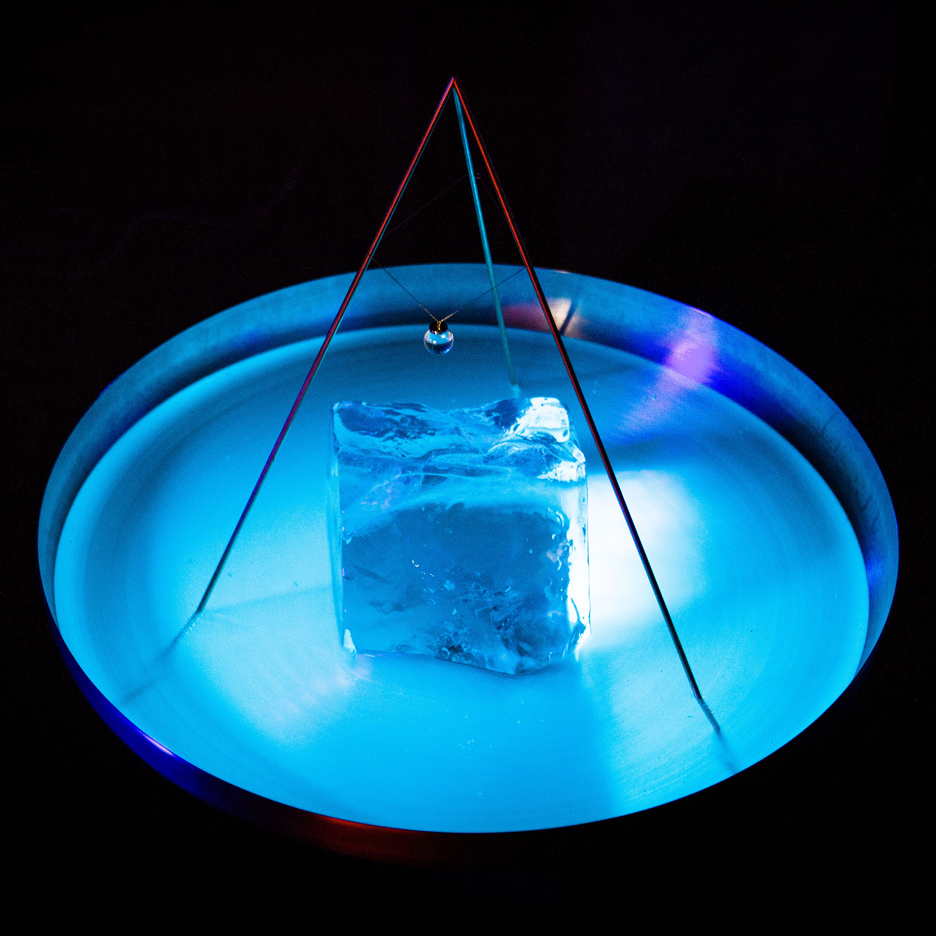 "It only works with specific foods and/or the vitamin B2," he told Dezeen. "Examples include tonic water, bananas, peppers and honey."

Other food ingredients with natural luminescence include fish, mushrooms and shiso, a type of salad leaf.

Bompas & Parr developed its menu using as many of these light-reactive ingredients as possible, then used food extracts and pigments to create more exaggerated effects.

"The menu endeavours to bring the wider themes of entertainment and indulgence together in the best spirit of food, community and creativity," said studio co-founder Harry Parr.

"Now more than ever we're ready to glow!" he added.

Bompas & Parr specialises in creating designs and experiences that appeal to the senses, often including food.

Recent projects include the world's lightest dessert, a non-melting ice lolly and a spa filled with unconventional healing rituals. The studio also teamed up with Dezeen on the Fountain Of Hygiene competition.