A data platform showing how different levels of global heating will affect people's lives around the world has been launched by the United Nations.

Named Human Climate Horizons (HCH), the tool consolidates a huge cache of data to present projections on how climate change will impact mortality, the ability to earn a living and energy use in the near future.

It allows users to pick a location, timeframe and emissions scenario – either global temperature rises of 2 degrees Celsius or the internationally agreed but currently unlikely target of 1.5 degrees.

The United Nations Development Programme's (UNDP) free platform uses state-of-the-art data from the Climate Impact Lab collaboration of scientists and researchers and is intended to influence climate policy around the globe.

"We really wanted this to be used by policymakers," UNDP data, digital and knowledge management advisor Admir Jahic told Dezeen.

"It is the best currently available data on the projected impacts of climate change. Sometimes you have to provide people with something they react to in order for them to take action."

A selection of Dhaka at the end of the century under a "high emissions scenario" shows there will be 132 more deaths per 100,000 people each year by 2100 due to climate change, nearly twice the country's current annual death rate from all cancers.

Additional annual deaths by 2100 per 100,000 people in the Bangladeshi capital fall to 31 under a "moderate emissions scenario" in line with global action to limit temperature rises to 1.5 degrees.

Worldwide, keeping global warming to within 1.5 degrees reduces projected additional mortality from climate change in 2100 by more than 80 percent, saving tens of millions of lives.

"What we saw in this data was a way to talk beyond the immediate impacts – to see, actually, if you take action A, what's going to be the outcome, or if you don't take it what's the outcome," said Jahic.

It was designed to be visually striking with an introductory interface showing planet Earth, while still being usable in countries with slower internet connections.

"We looked for different solutions, sometimes even an expense of high resolution, to make sure that we have this worldwide coverage so people from developing countries can access it," explained Jahic.

"In general we just wanted to send this message of a shared planet. So if you turn and twist it you can see, wow, these are big differences on such a small place. It entices people, I hope, to explore, to see what's happening and take action."

The HCH project lays bare the striking discrepancy in climate vulnerability around the world, with the poorest nations set to suffer most.

For instance, the tool shows that in the UK – like many other countries with cooler climates, which tend to be wealthier and more polluting – climate mortality impact and energy consumption are projected to fall while the hours in which it is possible to work increase as the weather gets warmer. 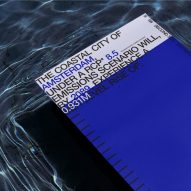 The UNDP warned that this trend means without urgent action climate change will drive an "inequality surge" in human development.

"Overall everybody is going to be affected negatively, because if countries are impacted by severe storms, increases in temperature, people aren't able to work, food production systems are affected, that's going to push more migration," said Jahic.

"This is going to be a significant impact on all countries in the world."

To emphasise the increasing inequalities over the century, a "compare impacts" page shows three time periods side-by-side, with each nation plotted as a single bar on a graph.

The HCH breaks down data for more than 24,000 areas around the world, meaning it also demonstrates how climate change could exacerbate inequalities within countries.

For instance, under a high emissions scenario the climate mortality impact in the Pakistani city of Multan is projected to reach a huge 378 additional deaths per 100,000 people by 2100, while annual workable hours will reduce by 100.

In contrast, areas in the north of the country will see climate mortality fall and workable hours increase.

The data additionally highlights the urgent need for adaptation to the effects of climate change as well as reducing emissions.

Multan faces an increase in mortality to 76 annual deaths per 100,000 people by the middle of this century even with less severe global warming.

Next year, Jahic's team intends to update the platform to include climate change's impact on food production and damage to infrastructure.