Week 11 of Virtual Design Festival featured interviews with MPavilion architects Carme Pinós and Rem Koolhaas, a live stream with Piet Hein Eek and takeovers from the Design Museum and the Serpentine Gallery.

VDF x Vitra: The second part of our collaboration with Vitra saw the Swiss furniture brand present its four latest launches and reissues at the VDF products fair, including collaborations with Konstantin Grcic and the Bouroullec brothers.

This follows on from last week's live interview with architect Stephan Hürlemann, in which he discussed the Dancing Office concept he developed for the brand.

VDF x Design Museum: Over the course of a day, London's Design Museum shared a programme of short films and panel discussions curated by its 2019 designers in residence.

Motivated by her own experience of childbirth, London architect Stiliyana Minkovska hosted a panel talk with designer Ab Rogers, as well as a roster of design historians and critics, about how buildings and products can be adapted to improve the experience of pregnancy, labour and ultimately motherhood.

In a panel talk about repurposing food and agricultural waste as sustainable materials, designer Robert Johnson discussed using waste fat from London restaurants to create a range of objects including Crocs-style shoes.

Finally, Marta Giralt presented her short documentary Demystifying a Wonder Material alongside a series of short talks exploring how materials produced through nanotechnology could make the fashion industry more sustainable. 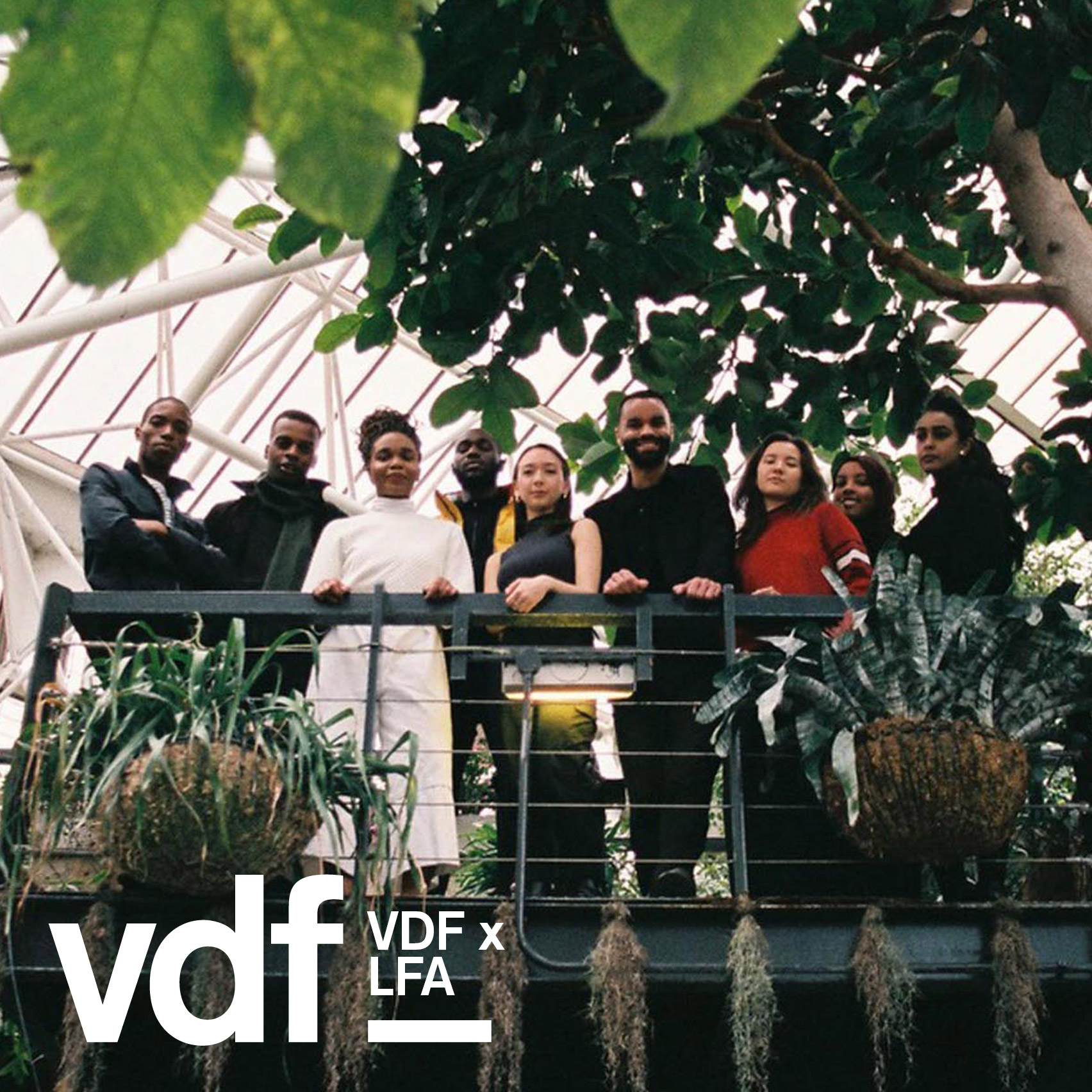 VDF x London Festival of Architecture: As part of our ongoing collaboration with the LFA, London architecture collective Afterparti presented its manifesto in the form of a video essay, calling for a more diverse, inclusive and transdisciplinary architecture industry.

Screentime with Piet Hein Eek: Dutch designer Piet Hein Eek shared a retrospective of his work as part of an interview with Dezeen's editor-in-chief Marcus Fairs. He spoke live from his studio, which is set in a formerly derelict Philips factory that Eek renovated to create a cultural centre complete with gallery, restaurant and a hairdressers.

VDF x Therme Art: In a panel talk entitled The Social Culture of Cities, speakers including artist Sonia Boyce, curator Elvira Dyangani Ose and architect David Kohn discussed how artists can feed into urban planning and design to equip our cities for the mounting challenges presented by climate change. VDF x Arper: Italian furniture brand Arper launched two modular chair systems as part of VDF, accompanied by a live interview with the brand's CEO Armin Broger in which he discussed the brand's history and the need for adaptable products in a post-pandemic world. 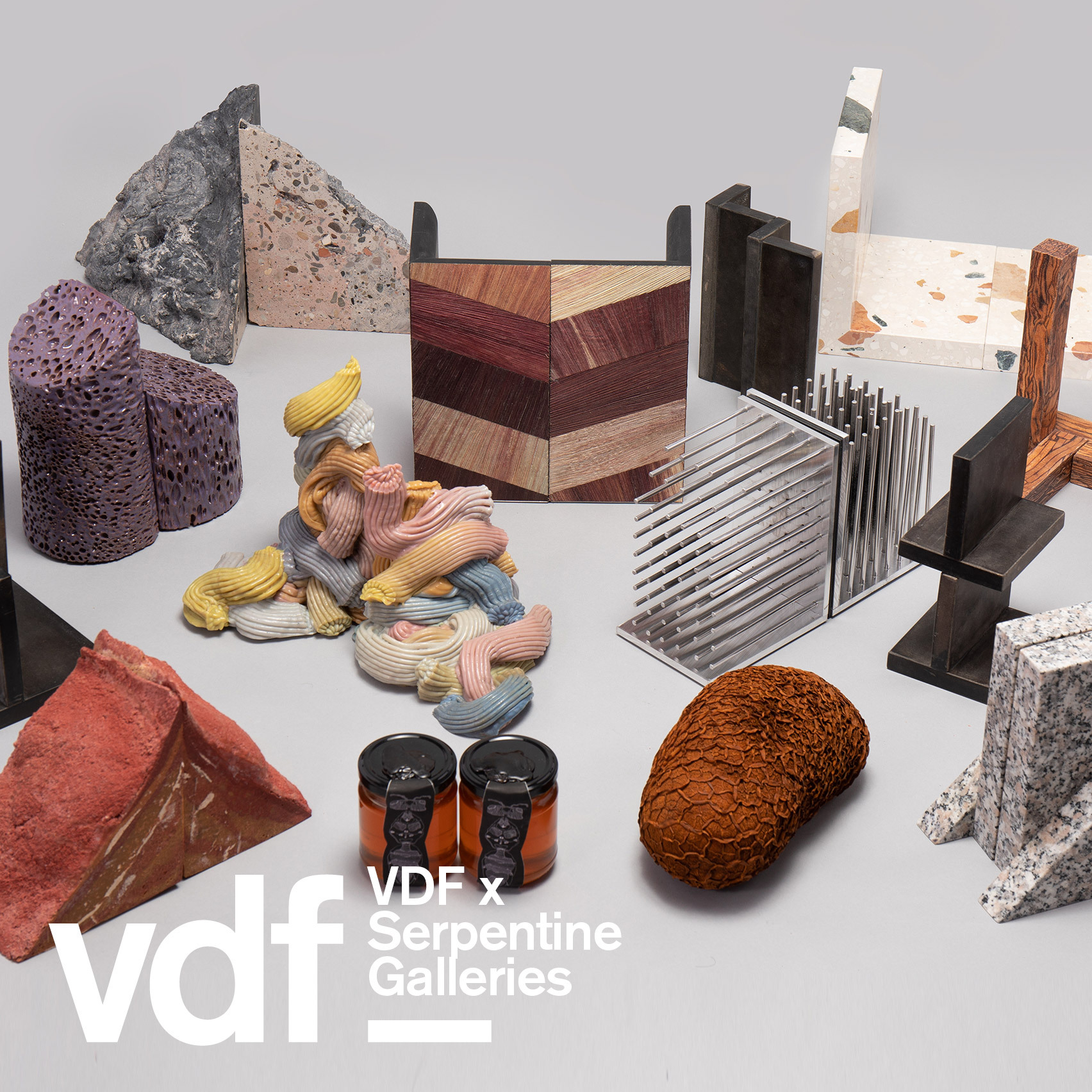 VDF x Serpentine Galleries: With the Serpentine Gallery's Cambio exhibition on a temporary hiatus due to the ongoing pandemic, the gallery is presenting a day's worth of content centred around its central topic of ecology in design.

The programme kicked off with an exclusive premiere of the Serpentine's latest podcast, called Back to Earth: Tracing the Roots.

In the inaugural episode, Cambio curators and Formafantasma founders Andrea Trimarchi and Simone Farresin joined London studio Dunne & Raby and art practice Black Quantum Futurism to discuss what it means to create design that takes responsibilty for other, non-human animals.

Following on from this, a live talk with art curator Rebecca Lewin, Kew Gardens researcher Caroline Cornish and Seetal Solanki of London studio Ma-tt-er explored how design can have a positive impact on the realms of ecology and politics.

VDF x Friedman Benda: Droog co-founder Renny Ramakers looks back at how the influential design platform shook up the industry in the 1990s in the latest talk in our ongoing collaboration with Friedman Benda for VDF.

Did you miss week ten? Read our summary of the highlights, including a live interviews with Lee Broom, a panel discussion featuring Space Copenhagen and Neri&Hu, plus the launch of our collaboration with Vitra.

Did you miss week nine? Read our summary of the highlights, including interviews Barnaba Fornasetti and Ini Archibong as well as a celebration of World Oceans Day and the 2020 AHEAD Americas awards.

Did you miss week eight? Read our summary of the highlights, including interviews with Ilse Crawford and Farshid Moussavi, plus a full-day takeover by Stockholm's ArkDes museum.

Did you miss week seven? Read our summary of the highlights, including an exclusive product launch and live interview with Tom Dixon as well as an all-star architects roundtable including Junya Ishigami and Counterspace.

Did you miss week five? Read our summary of the highlights, including interviews with Standard Architecture and Sauerbruch Hutton and the launch of an exclusive Archigram video series.

Did you miss week four? Read our summary of the highlights, including exclusive interviews with Carlo Ratti and Iris van Herpen, as well as a cocktail masterclass from the owner of Milan's Bar Basso.

Virtual Design Festival, the world's first digital design festival, runs from 15 April to 10 July 2020 and is sponsored by bathroom and kitchen manufacturer Grohe. For more information about VDF or to join the mailing list, email [email protected].